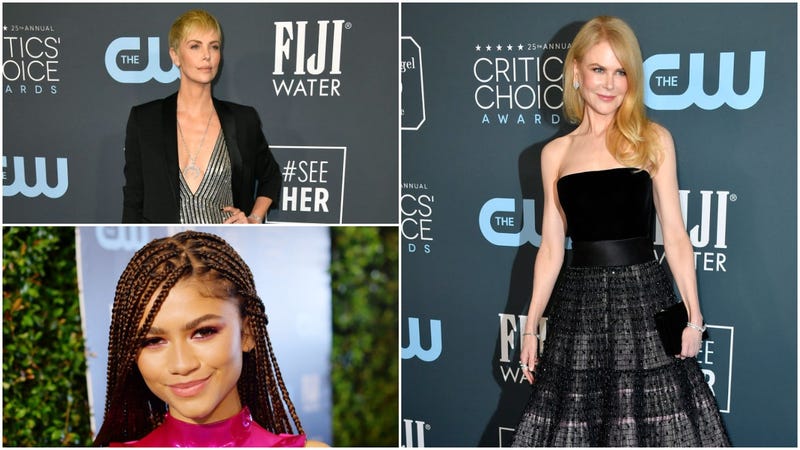 It was a night celebrating our favorite movies and television shows, this time, at the 2020 Critics Choice Awards.

Hollywood's biggest stars, including the host Taye Diggs, gathered in Santa Monica, California to celebrate the work of many actors and actresses.

Once Upon a Time...in Hollywood was the big winner for the night. The movie took home awards in four categories including Best Picture. As for TV, Succession won Best Drama Series and Fleabag won Best Comedy Series.

Obviously the night was not only about the awards, people loved seeing all of the red carpet fashion. Here are some of our favorite looks of the night! 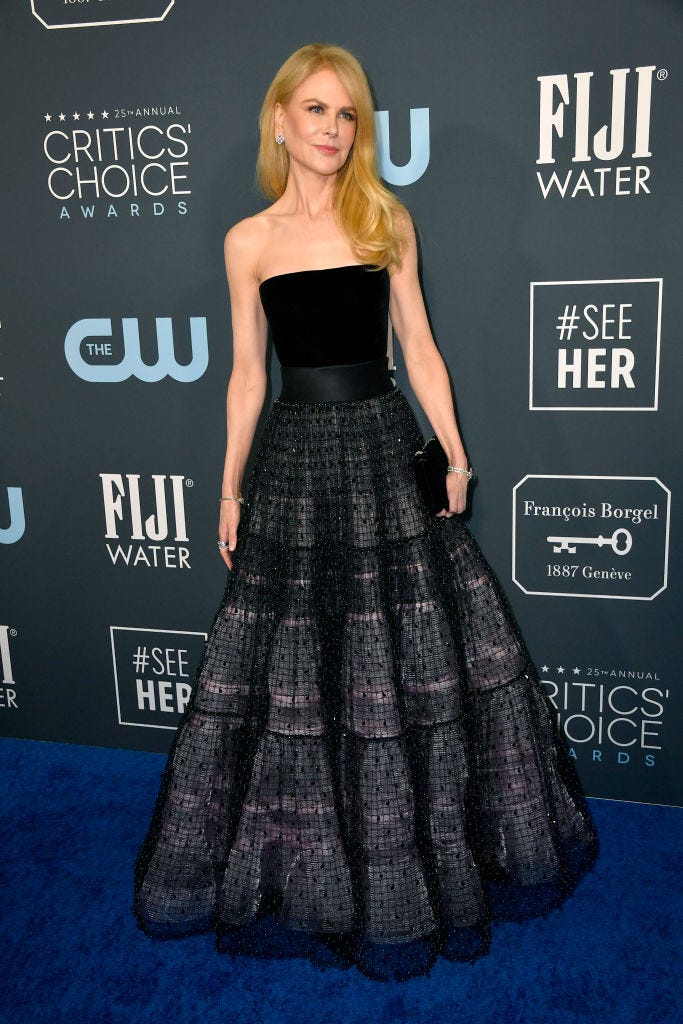 Nicole Kidman, wife of Keith Urban, stunned in an elegant black mesh dress on the red carpet. Kidman showcased her figure in an off-the-shoulder dress which featured a black velvet top over a black satin ribbon. 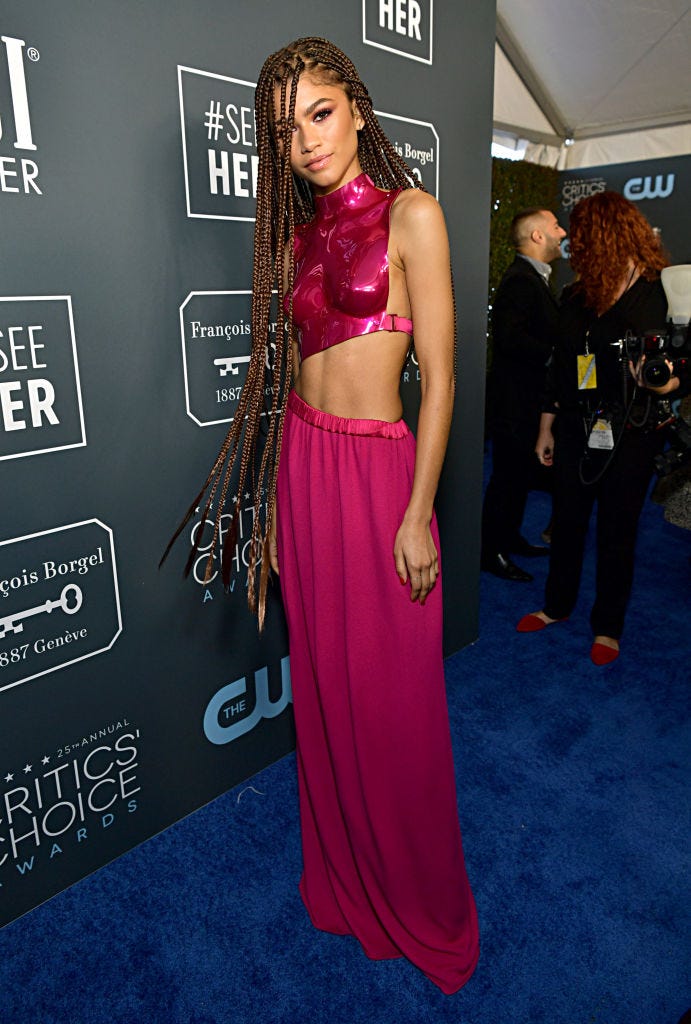 Zendaya brings pretty in pink fashion to the Critics' Choice Awards. The 23-year-old actress spotted a "I Dream of Jeannie" to futuristic look on the carpet. E News! reported that her outfit is from Tom Ford's spring 2020 Ready-to-Wear collection. 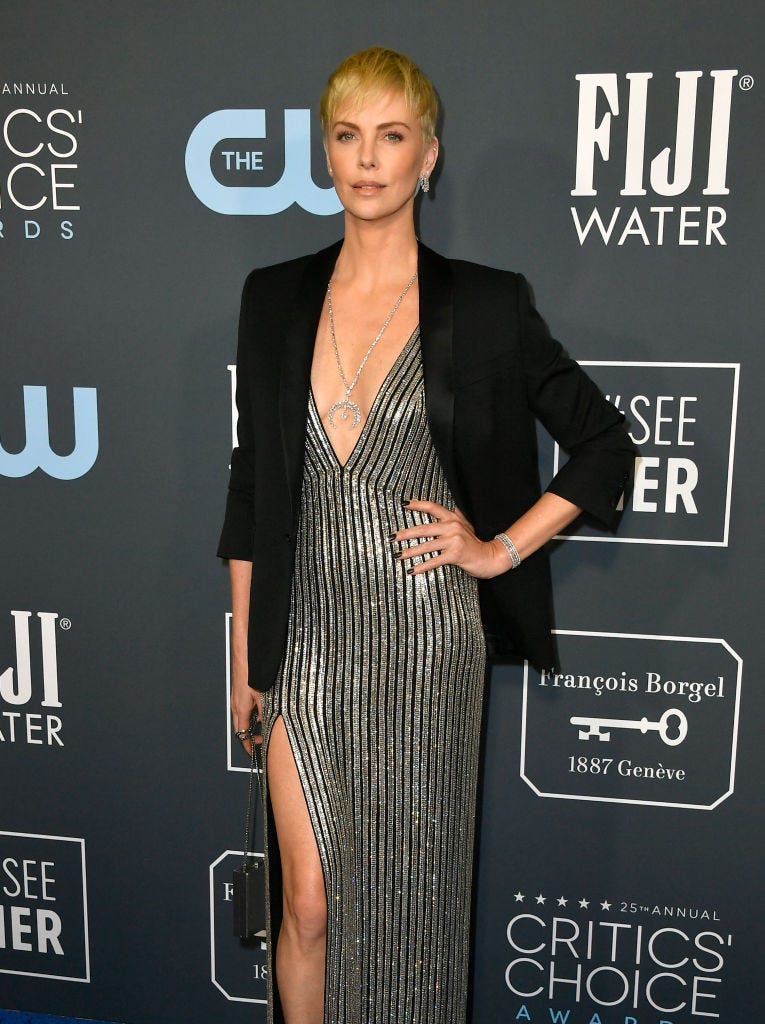 Charlize Theron went for the chic blazer look. The "Bombshell" actress wore her blazer over her glittering silver Celine gown. Theron was nominated for Best Actress, but she did not win. Renée Zellweger took the lead in that category for her role in "Judy." 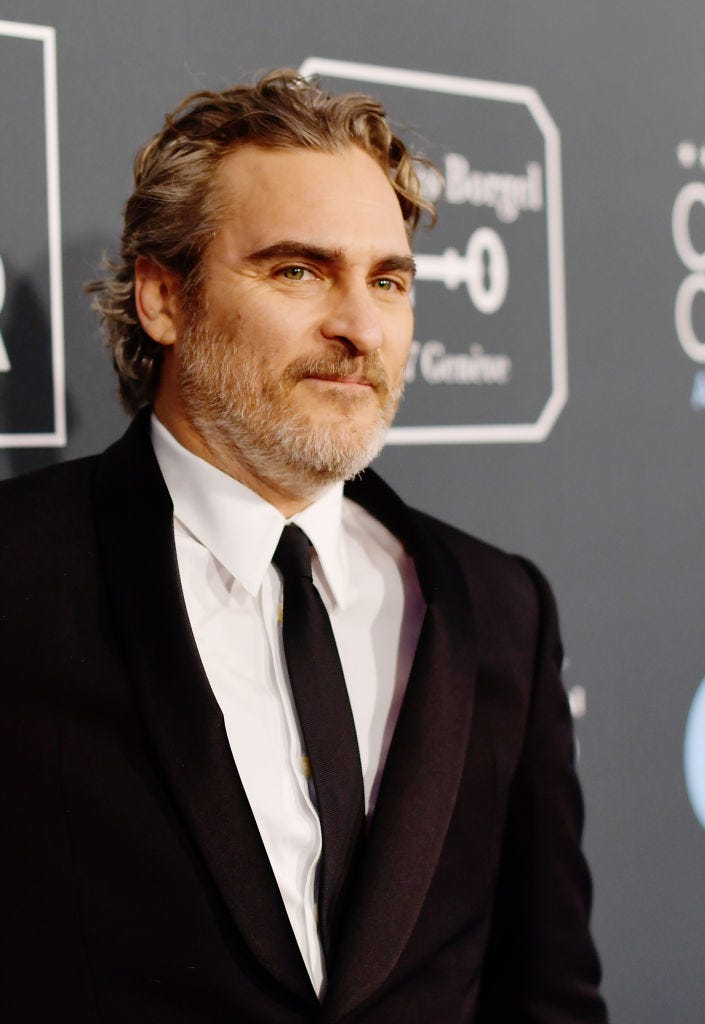 We can definitely call Joaquin Phoenix a WINNER! The actor won the Critic's Choice Award for best actor for his performance as Arthur Fleck in "Joker." Entertainment Tonight reported that Phoenix wore the same tuxedo to the Golden Globes and Critics' Choice Awards to "reduce waste." 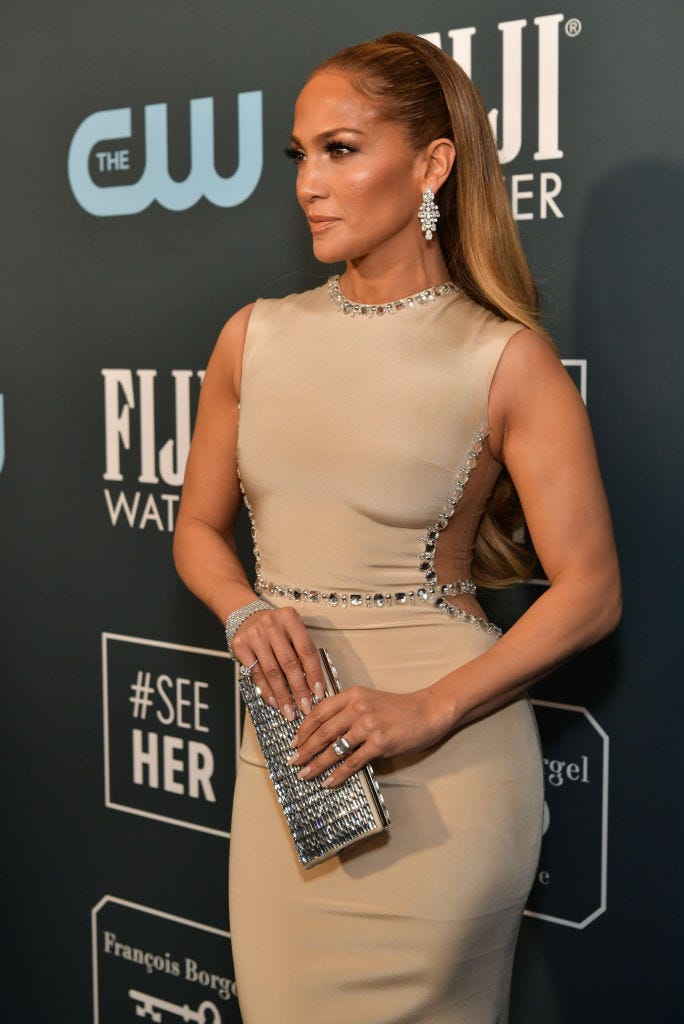 Girl, you rock that clutch! Jennifer Lopez's outfit, simple and elegant! "The Hustlers" star glowed on the carpet. She slayed in a dress that flaunted her curves. Lopez was nominated for Best Supporting Actress. 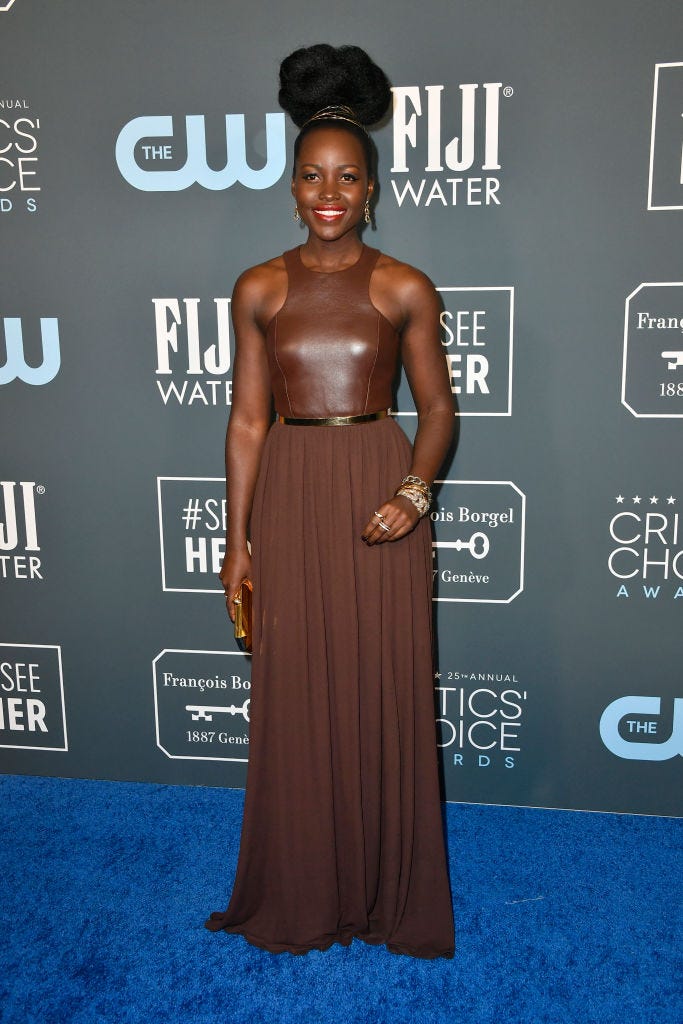 Stunning! Lupita Nyong'o rocked a leather Michael Kors look on the blue carpet. The "Us" star also stunned in a gorgeous updo! 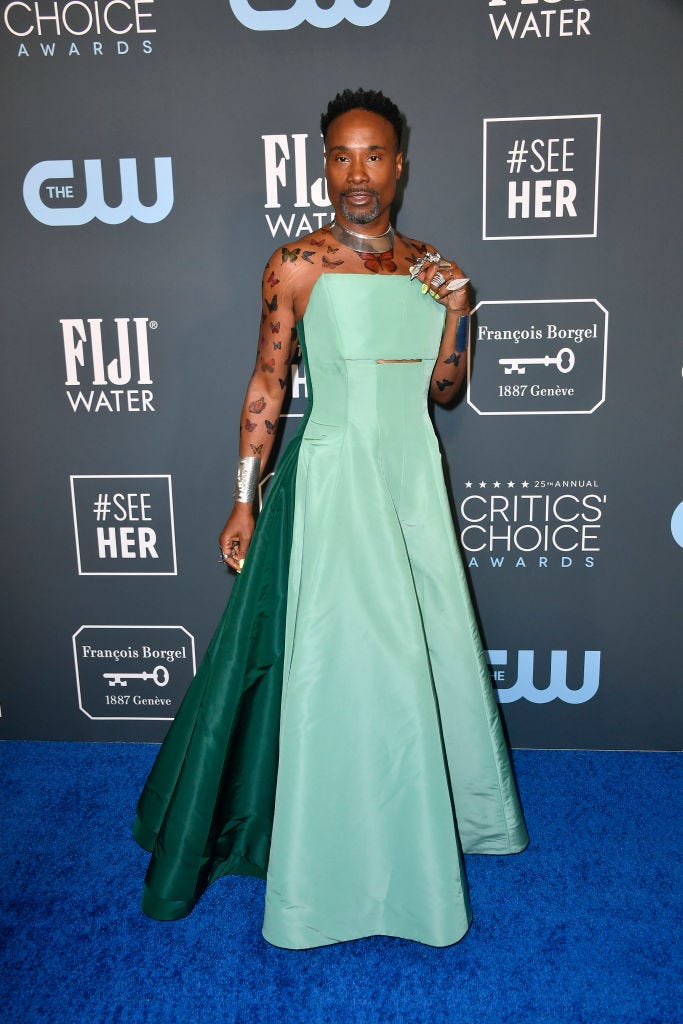 You better werk it Billy Porter! Anything can happen on the red carpet. Billy Porter wowed us by wearing a seafoam dress. The actor is known for wearing whatever he wants. 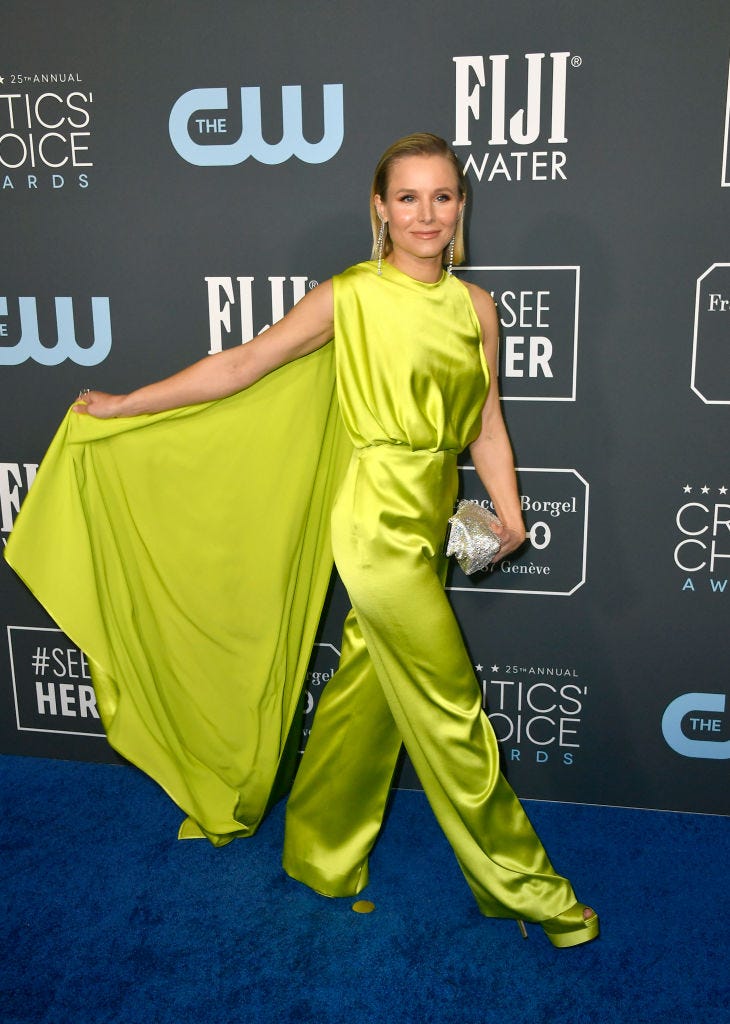 She really is a Disney princess! Bell stunned in a satin jumpsuit that was neon green. The "Frozen 2" actress was honored with the #SeeHer Award at the show. 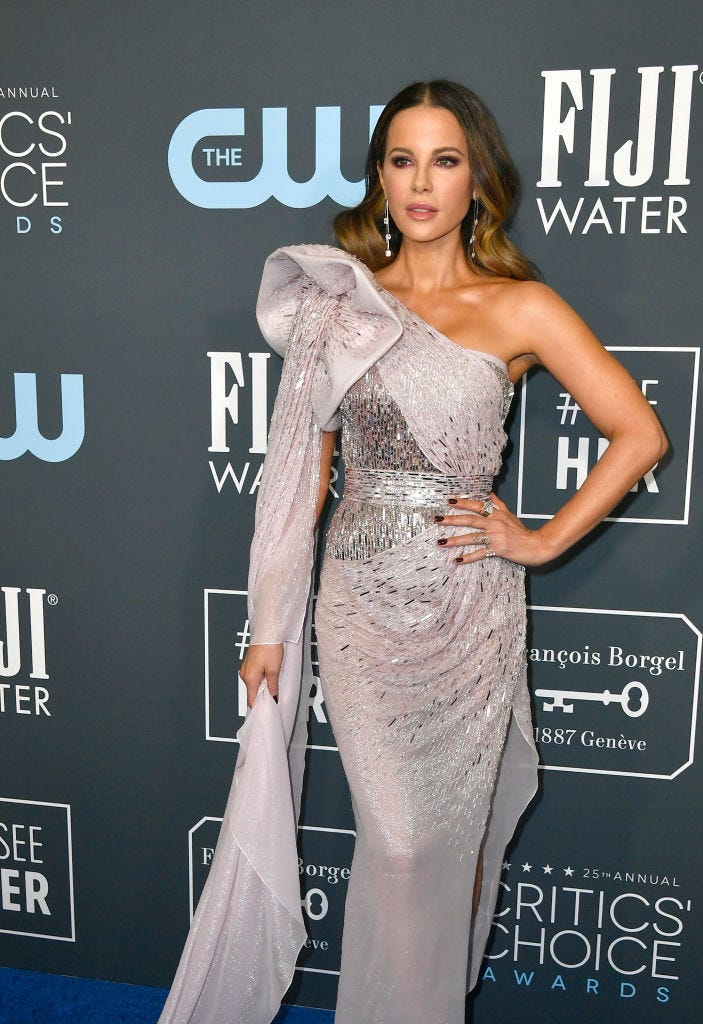 At 46, Kate Beckinsale can wear anything! She wore a Julien MacDonald dress, Jimmy Choo shoes, Kallah earrings and ring, a Yvan Tufenkjian ring, a Djula ring, and a Heliopolis clutch, according to Just Jared.