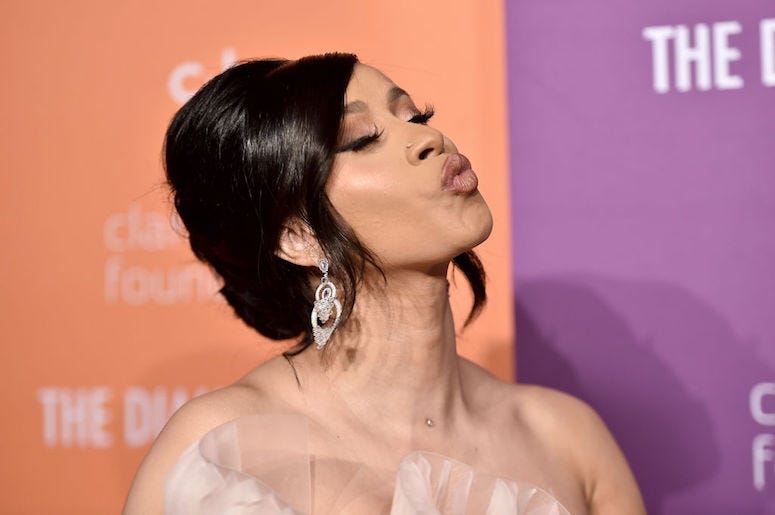 First things first, Cardi B isn’t having it with any criticism of “WAP.” Still, she’s like many parents when her natural reaction is to turn the song off when her child comes in the room.

Cardi was jamming to “WAP” on an Instagram Live video on New Year’s Eve when her two-year-old daughter Kulture came into the room. Despite saying that she found it surprising that people thought “WAP” was too vulgar, Cardi immediately turned off the song when Kulture came in the room and gave her a resounding “uh uh!”

If there’s a moment that perfectly captures the feeling of your kid surprising you when you’re in the middle of vibing to an explicit song, it’s this one.

Cardi’s hubby and Kulture’s father Offset recently came to the defense of his wife after Snoop Dogg slammed “WAP” saying, “I just don’t want it that fashionable to where young girls express themselves like that without even knowing that that is a jewel that they hold onto until the right person comes around.”

“As [male] rappers, we talk about the same s***,” he added. “It’s a lot of woman empowerment. Don’t shoot it down. We never had this many female artists running this s***. They catching up to us, passing us, and setting records. That’s two women on one record that’s a very successful record.