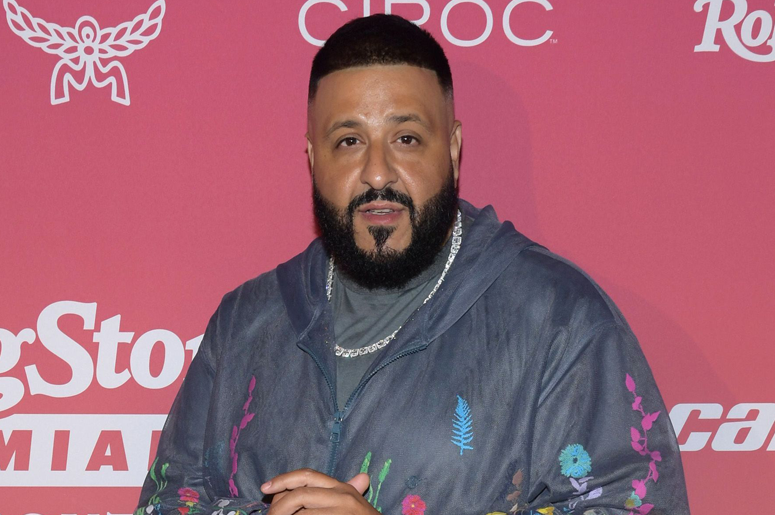 DJ Khaled recently sat down with Parenthood, to discuss the joys of being a father and open up about raising his two sons.

Posted up on the magazine’s cover, Khaled is seen with his wife, Nicole Tuck and two boys, Asahd, 4, and Aalam, 10 months, all decked out in matching outfits. Within its pages, Khaled expressed that he’s "always wanted to be a dad" and "couldn't wait to have kids — it's something I'd been talking about most of my adult life.”

Khaled further shared since becoming a father, his boys, "bring me joy every single day,” and admitted he is very "protective" of them. And while Khaled and his family do live a rather extravagant lifestyle, his wife Nicole did note that they try to “keep life as traditional as possible, because we live in a very hectic world.” Adding, "I want them to enjoy being kids as long as they possibly can. I try to keep it like how we grew up as much as possible.”

Khaled chimed in agreeing, saying, ”Yes, because they learn so fast, you know what I'm saying?" And further reiterated his previous point. “So we're protective. We're definitely cautious about the TV, and when we listen to Hip Hop, it's always the clean versions of everything. That's mandatory!”

The couple went on to define their personal parenting styles, as "fun"  that one’s from Khaled, as well as “structured,” according to Tuck. To which Khaled agreed, saying, "True. I always tell the kids we are so blessed to have Mommy.”

The parents also shared some updates on their kids, with Dad calling their oldest, Asahd, "such a good kid," adding that "we are so blessed it's unbelievable.” Khaled also shared that 10 month old Aalam is currently "learning how to walk.”

The two even revealed that, “Asahd definitely has chores." Tuck added, “even though we have housekeepers, he knows how to make his bed. And he puts away his toys. Actually, he's more organized than we are.”

"And he wants to help make us breakfast," says Khaled. "He loves to make chocolate chip pancakes. That's his specialty.”

The hit-making producer also shared “anotha one” of his favorite fatherhood moments. "We do this thing after lunch where we drive around together in the golf cart, just him and me. That's our time,” said Khaled.

"He tells me everything he's doing and what he's been thinking about. And I talk to him about how proud we are of him and how good he's doing in school, and how great he is at being a big brother.”