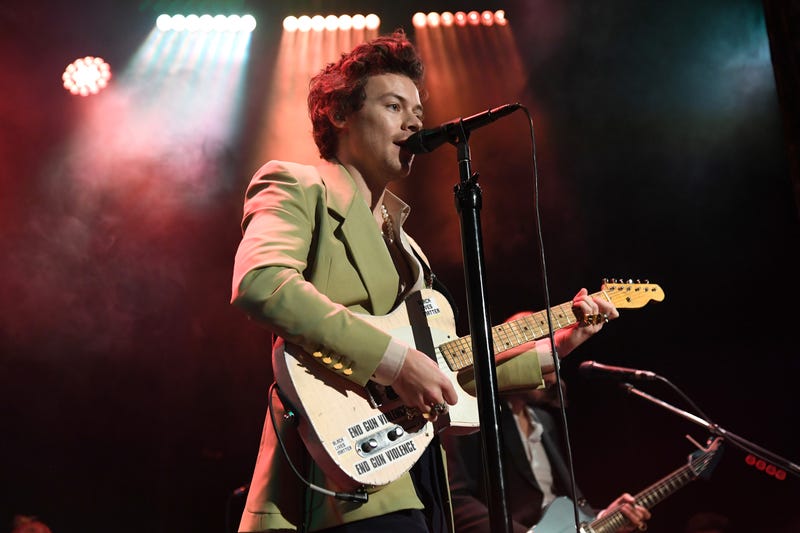 In a recent film collaboration between Gucci Creative Director, Alessandro Michele and director Gus Van Sant, Harry Styles made a delightful denim appearance in the third episode of Ouverture of Something That Never Ended.

Yes, jorts AKA jean shorts, are back thanks to Styles and his whimsical fashion sense. Paparazzi snapped a photo of Harry on set rocking the said jorts paired with a Gucci football t-shirt that reads “Gucci Loves Pink Eschatology 1921”, heeled Gucci loafers, and a flip phone in hand.

The new Gucci series, which features Styles, is meant to showcase the brand’s current collection, rather than putting on a typical runway show. The collection and the new series have slowly debuted, part of the multi-day, GucciFest.

Harry and his short jorts come shortly after the pop and fashion icon made history as Vogue’s first solo male cover shoot… and yes that’s the shoot where Harry rocked a dress that left people debating on the internet.

You can catch Harry’s cameo in Gucci’s third episode of Ouverture of Something That Never Ended, titled “At The Post Office.”