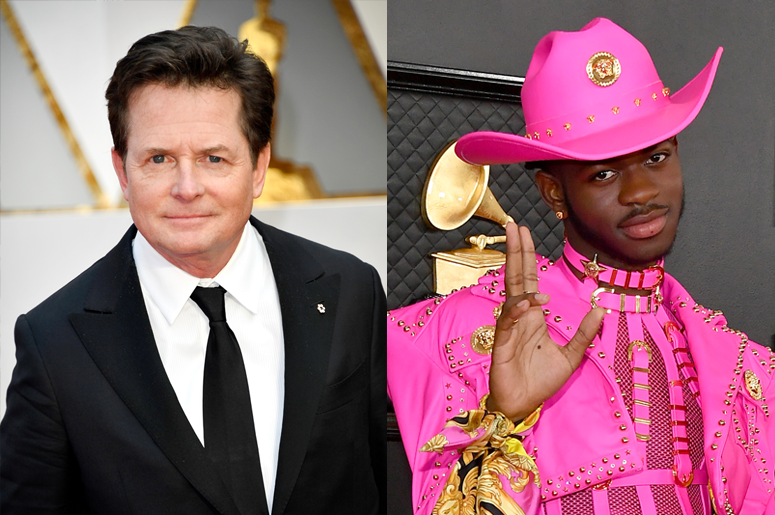 As Lil Nas X just recently informed us, it’s been almost two years since we’ve heard a single from him. Well, the wait is almost over, as the young rapper brought us good tidings in the form of a Tweet, sharing that his brand new single “Holiday” will be dropping this week on Friday, November 13.

MY FIRST SINGLE IN ALMOST 2 YEARS “HOLIDAY” IS OUT THIS FRIDAY! 🎅🏾❄️ pic.twitter.com/5quf8NHUO2

The announcement also included a teaser video, featuring pretty much all of the quintessential requirements needed for a classic holiday film. A passed out Santa, a spot of magic, time travel and therefore, Michael J. Fox.

Before taking to social with the news, the preview made its debut during Sunday night’s NFL broadcast. In it Lil Nas X time travels to a familiar "Old Town Road” setting where he encounters a drunk Santa being kicked out of a saloon. As he takes a closer look he peeps "You are the new Santa," written on the tag of Santa's hat. Which of course could only mean one thing, our boy is now, Santa Nas X, the jolly father of Christmas himself, a la the Tim Allen masterpiece The Santa Clause.

Before Santa Nas flies off into the distance in his jet powered sleigh, Michael J. Fox aka Marty McFly appears on the screen with a warning, “whatever you do Nas, don’t go to 2020.”

Like we said, a total classic. With this brief preview of whats to come, we expect both the song and the video to be nothing short of lit AF.