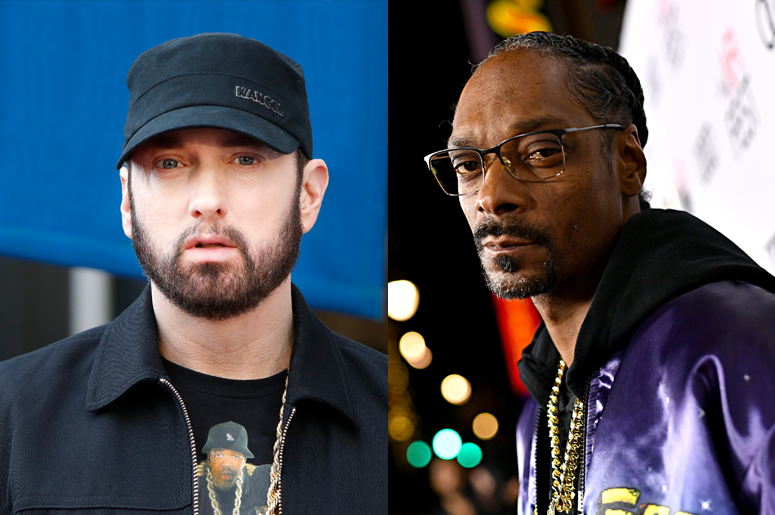 By the sounds of it, Eminem is racking up a new list of artists to apologize to on his next album.

On “Zues,” the very track he apologizes to Rihanna on, Em not only mouths off to Tekashi 6ix9ine, also getting some shade thrown his way is Snoop Dogg, and the Doggfather is not having it.

Em goes off the Snoop on the track off his newly released surprise album, Music to Be Murdered By – Side B, with the following.

Some believe the source of the animosity stems from when Snoop revealed his top 10 list of all-time rappers back in July, which the Detroit rapper was not on. Additionally, afterwards Snoop paid a visited to “The Breakfast Club” where he explained his reasoning for leaving Eminem of the list.

Snoop said, “Eminem, The Great White Hope. White rappers had zero respect in rap. Dr. Dre has probably put Eminem in the position that he would be considered one of the top 10 rappers ever. I don’t think so, but the game thinks that he’s in the top 10 lyricists and everything that comes with it. That’s just because he’s with Dr. Dre,” Snoop said. “There’s some n***** in the 80s that he couldn’t f*** with,” Snoop continued. “Like Rakim, like Big Daddy Kane, like KRS-One, like LL Cool J, like Ice Cube.”

While we think Em is being a little too sensitive about the whole thing, Snoop could have been a little nicer about it, he did seemingly sum up Em's success to his association with Dr.Dre. Well, regardless of what we think, words were rapped, and Snoop response was to get real Mean Girls with it and sub-instagrammed about Detroit rapper to his 55 million Instagram followers. See for yourself below.