Back in April, news emerged about Eminem confronting a home intruder face-to-face in his Detroit-area home while his security team was sleeping.

At the time, details regarding the break-in were scant, but identified Matthew David Hughes as the suspect who allegedly used a paving stone to smash a kitchen window and climb into Eminem’s home. 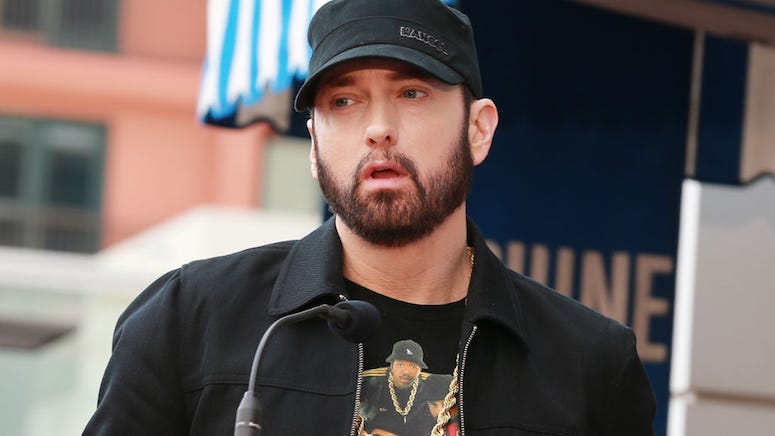 Eminem Confronted a Home Intruder While His Security Slept

Eminem was home at the time of the alleged break-in and told Hackstock he woke up to Hughes standing over him. Eminem, whose real name is Marshall Mathers, originally thought it was his nephew, but when he realized it wasn’t he asked him why he was there.

“He was told by Mr Hughes that he was there to kill him,” Hackstock said.

“I’m not sure where [the officer’s statement] came from,” Glanda said. “There was no physical contact between the two in the house,” he added.

Elsewhere in Hackstock’s testimony, the officer said he arrived at the property and found one of Eminem’s security guards wrestling with Hughes on the ground. He said that Hughes reportedly murmured “friend” and said that he lived nearby. Hackstock also testified that Hughes was unarmed and led by Mathers through his home to the exit during the incident.

Hughes has been charged with first-degree home invasion and malicious destruction of property. He’s been in custody since the invasion in April.

music
‘Law & Order: SVU’ cast, ranked by net worth
news
Seed-planting season: What home gardeners need to know
music
Maren Morris and Ryan Hurd on ‘Chasing After You,’ and chasing 1-year-old Hayes around the house
sports
Jeremy Lin reveals he has been called 'coronavirus' on the court
sports
Eddie Murphy confirms Prince beat him at basketball, as depicted on Chappelle's Show
sports
DeAndre Hopkins clowns Texans: 'They said I'm only worth a second rounder'