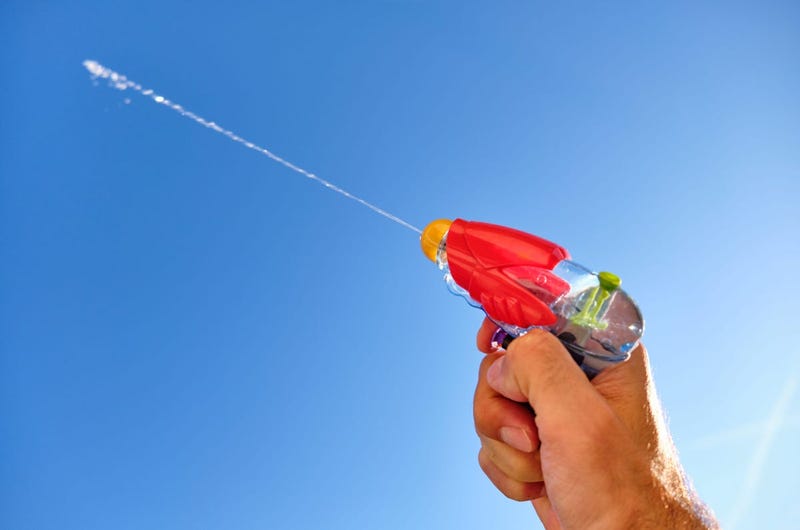 An Illinois pastor is breaking new theological ground with an unorthodox baptism - one that few will never forget.

After a four month delay, Rev. Derek Rogers of the Flowing Forth United Methodist Church in Aurora finally baptized 7-month-old Jackson Walters last Sunday during a socially-distant ceremony held in the parking lot of the Aurora Christian School, while surrounded by family.

Rev. Rogers said the squirt gun baptism has been an ongoing joke in religious circles.

"The dad wanted to go with a Super Soaker, but I think mom made him compromise.  So it was just a little two or three inch squirt gun. A baby toy from the bathtub," Rev. Rogers said.

Rev. Rogers said he was glad he was able to provide a fun memory during a tough time, but he is not sure if he will be known as the "squirt gun pastor."

"I guess I hadn't thought about it that way. We'll just have to see. But I would say that anyone who wants to get baptized by squirt gun, they can come to me," Rev. Rogers said.