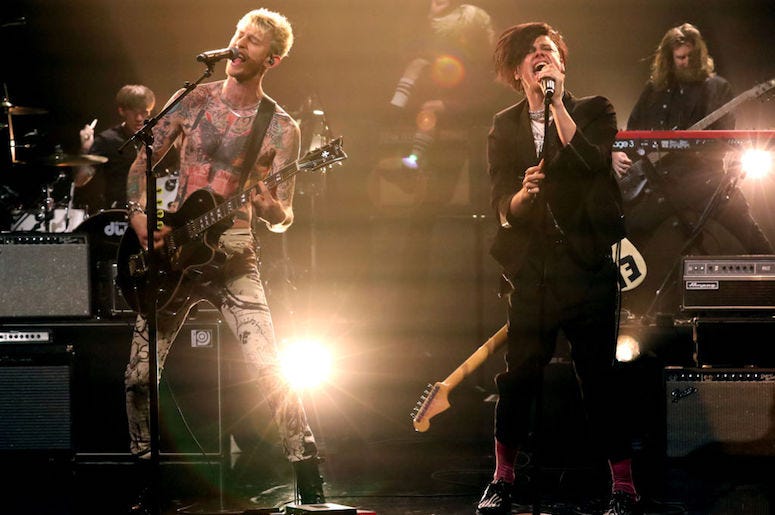 YUNGBLUD and Machine Gun Kelly have a new music video that could also serve as a Walking Dead audition tape.

The dynamic duo teamed up once again (with old pal Travis Barker) to share the official music video for their collaboration “acting like that.”

The video opens up with YUNGBLUD emerging from a party bus as he makes his way to a phone booth while pushing off zombies. He dials up MGK as the pair reminisce about the “mad one” they’d been on. MGK is lying atop the hood of his car and in the middle of their conversation exclaims, “oh s***! Zombies! Gotta go!”

The song comes off YUNGBLUD’s latest album Weird! and is the sixth single to be released from the record.

The “strawberry lipstick” singer said the album was really a result of the stories he was hearing from his fans. These stories that I heard needed to be written to music, because music is words and poetry… this is their story, this is our story,” YUNGBLUD told RADIO.COM’s Emo Nite in an interview.

Weird! serves as a response back to all the fans that identified with his music on his debut record 21st Century Liability.

YUNGBLUD said he heard from “every kid, from every continent, or every size, shape, color, sexuality, point of view, and seeing the sheer courage of ‘em and the sheer like confidence, and the sheer defiance to be anything other than exactly who they are…made this album what it was.”