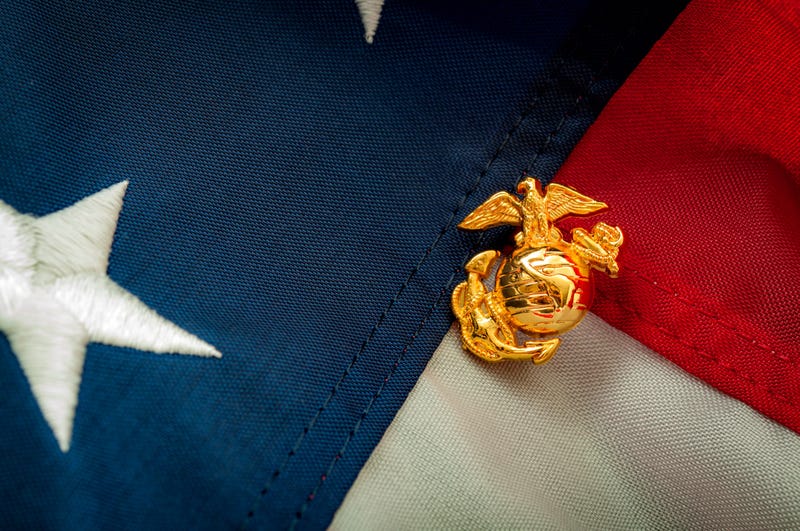 Officials announced that the bodies of seven Marines and one sailor have been found - they went missing last week off San Clemente Island.

According to the OC Register on Tuesday, "Marine Corps officials notified families on Monday, Aug. 3, when the amphibious assault vehicle was first sighted by the crew of the HOS Dominator, a Navy ship brought in that specializes in undersea search and rescue."

Eight troops had been presumed dead after a landing craft sank off the San Clemente Island during a training exercise, the Marine Corps announced Sunday.

The Marines said they had called off the search that started late Thursday afternoon when the amphibious assault vehicle sank with seven Marines and one sailor aboard. Eight other Marines were rescued, but one later died and two are in critical condition.

The eight missing troops, in addition to one Marine declared dead at the scene of the accident, were identified Monday morning:

The 26-ton, tank-like craft took on water and quickly sank in hundreds of feet of water — too deep for divers — making it difficult to reach.

One Marine was killed, two were hurt, and the eight were missing after a tragic amphibious assault vehicle (AAV) accident took place off the coast of San Clemente Island Thursday, Marines say.

I am incredibly saddened to learn of this morning’s tragic incident involving our Marines during a training exercise off San Clemente Island. Please keep our Marines, Sailors and their families in your prayers as search and rescue efforts continue. https://t.co/QeVx5DZYNK

The accident happened at about 5:45 p.m. California time.

Five other service members in the AAVwere rescued.

One of the injured Marines was listed in critical condition and the other is in stable condition in San Diego area hospitals.

"We are deeply saddened by this tragic incident. I ask that you keep our Marines, Sailors, and their families in your prayers as we continue our search," Col. Christopher Bronzi, the commanding officer of the 15th MEU told CBS News.

According to CBS News, the search and rescue operation was being conducted by the USS John Finn, three U.S. Navy MH-60 helicopters and multiple small boats from the USS Makin Island, USS Somerset, and USS San Diego, as well as the U.S. Coast Guard Cutter Forrest Rednour and a Coast Guard MH-60 Jayhawk helicopter from Coast Guard Sector San Diego.

Last year, a 28-foot wide American flag, comprised entirely of the dog tags of fallen service members traveled the country to "raise awareness of the sacrifice paid by our nation's heroes."

According to Veterans & Athletes United, the group behind the Fallen Heroes Memorial, it symbolizes the shape of the U.S. flag when draped over a fallen service member's casket.

i'm listening
I'm Listening: Dr. Michael Lindsay Sees an Increase in Childhood Anxiety During COVID and Social Unrest
sports
Megan Rapinoe, Sports World React to Passing of Ruth Bader Ginsburg
music
Will There Be a Red Carpet? Here's Everything We Know About the 2020 Emmys
i'm listening
Listen To the 2020 Edition of 'I'm Listening' - Talk Has the Power To Save Lives
sports
Kendrick Perkins on Celtics Facing 0-2 Deficit to Miami: ‘This Series Is Over’
music
RADIO.COM LIVE Check In: Smith & Myers on Weird Cover Requests and Staying Sane on Social Media