LISTEN LIVE: Amazon pulls out of plans to come to New York!

"After much thought and deliberation, we’ve decided not to move forward with our plans to build a headquarters for Amazon in Long Island City, Queens" - Amazon spokeswoman Jodi Seth said.

There were reports earlier this month, that Amazon was reconsidering the move to New York due to local opposition. 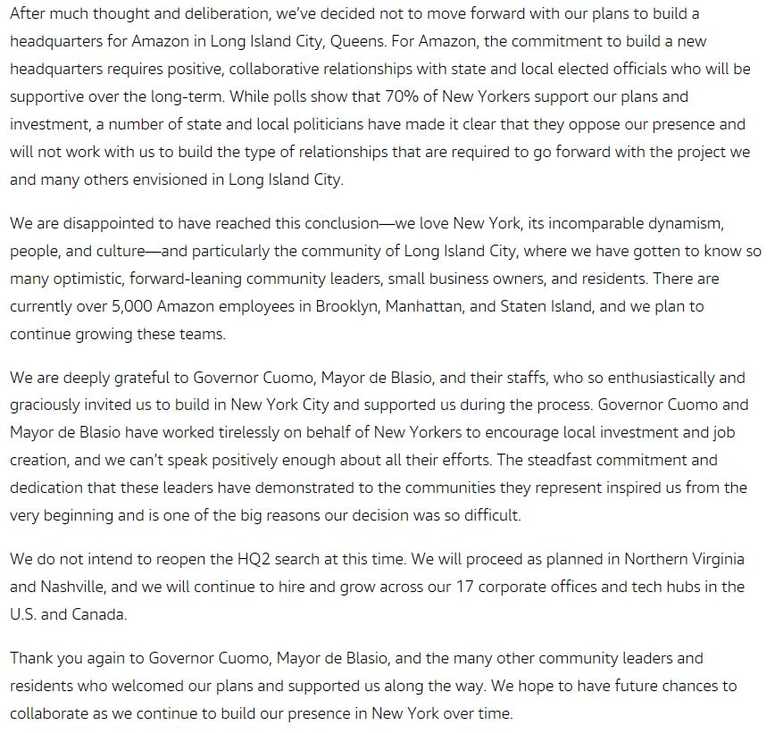 Council Member Jimmy Van Bramer and State Sen. Mike Gianaris were among those going door to door in the Queensbridge public housing complex to collect signatures in the hope of keeping the retail giant out of the neighborhood.

“They thought they were going to be heralded like at ticker tape parade down Broadway for bringing Amazon to New York,” Van Bramer said. "I think they have been stunned at the opposition. It's like a 2x4 hit them."

Opponents said the 25,000 jobs promised by Amazon would mostly go to outsiders.

Stay with 1010 WINS for the latest as this situation develops.