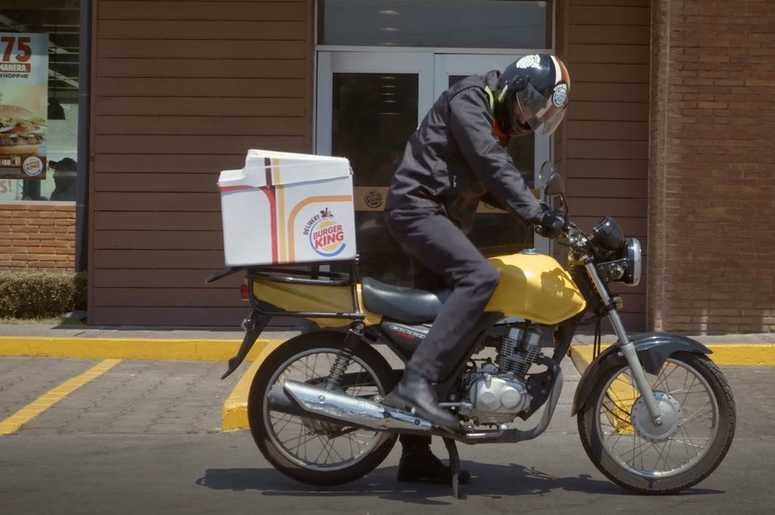 NEW YORK -- Burger King really is sticking to its mantra, "Have it your way."

The fast-food chain recently tested a program to deliver food to motorists stuck in Mexico City's dreadful traffic -- and now it's looking to bring the "Traffic Jam Whopper" stateside, to -- where else -- Los Angeles.

Here's how it works: The motorist places an order on the Burger King app and the order is delivered via motorcycle. But instead of focusing on one area all the time, the "Traffic Jam Whopper" service changed locations depending on where real-time traffic data showed the worst traffic. Whopper seekers will also be able to use voice commands to order to avoid tickets for texting and driving.

It also advertised on billboards and on the Waze app.

According to Burger King, the campaign boosted delivery orders by 63 percent in the first week of the test, and led to a 44-fold boost in downloads of its app.

In addition to L.A., the chain is looking to launch the service in Sao Paulo and Shanghai.