WEEHAWKEN, N.J. (1010 WINS) – Ten years ago Tuesday, Capt. "Sully" Sullenberger made his miraculous landing on the Hudson River, saving everyone on board a downed flight out of LaGuardia.

“What a view of the Hudson today,” Sullenberger told his co-pilot, Jeffrey Skiles, while taking off from the airport on the afternoon of Jan. 15, 2009, according to an NTSB report.

Moments later, US Airways flight 1549 collided with a flock of geese at 3,000 feet, halting its engines and sending it plummeting towards the New York metro with 150 passengers and five crew members aboard.

Sullenberger told everyone to brace for impact and steered the Airbus right onto the icy waters of the Hudson at 3:31 p.m.

LISTEN: 1010 WINS full coverage of the Miracle on the Hudson 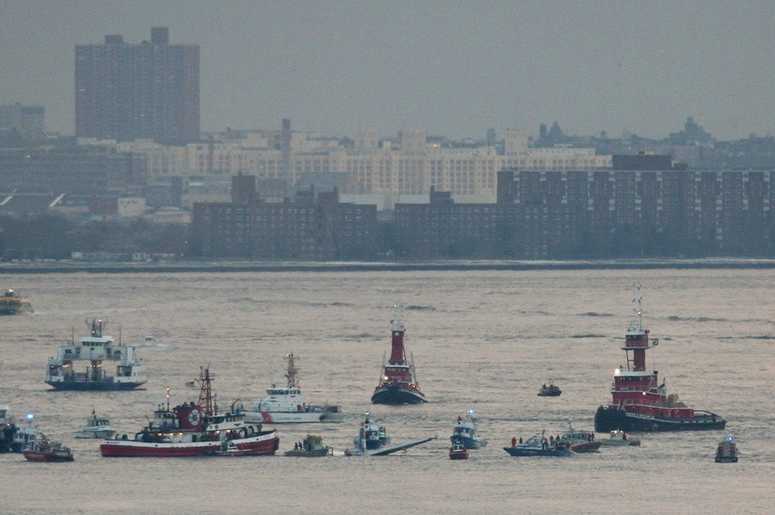 “He landed this airplane -- landed smooth like he was landing on a runway,” Capt. Mohamed Gouda recalled.

Gouda and six other New York Waterway ferry captains, including Vincent Lombardi and Manny Liba, rushed to rescue drenched passengers from the frigid river. It was only about 20 degrees that day.

Passengers were climbing out of the downed plane onto the wings and into inflatable rafts.

All 155 people on board the plane lived and only five were hurt. The event aptly became known as the “Miracle on the Hudson.”

“It is a miracle,” Capt. Lombardi said. “I’m a man of great faith. I just consider myself lucky to be a part of a real miracle.”

Capt. Liba shared that sentiment: “I think God had his hands on that situation.”