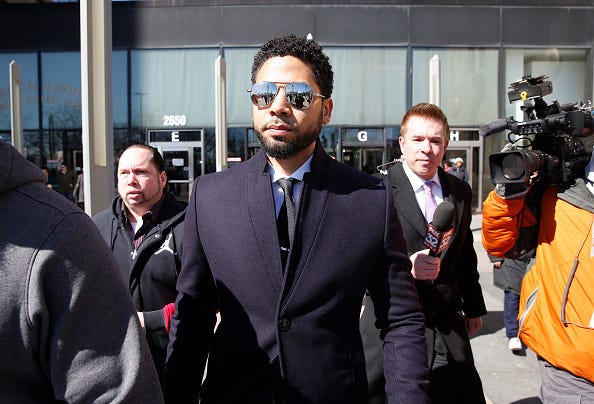 His post was his first since Jan. 28, the day before he claimed to have been victim to what turned out to be a hoax.

He posted a video of a speech that Tarrell Alvin McCraney, the writer of Tony-nominated play "Choir Boy" gave during the awards show.

Smollett added to the clip, "So much #PRIDE."

Smollett was arrested on Feb. 20 and charged with filing a false police report and disorderly conduct, but was then released on March 26, with all charges dropped.