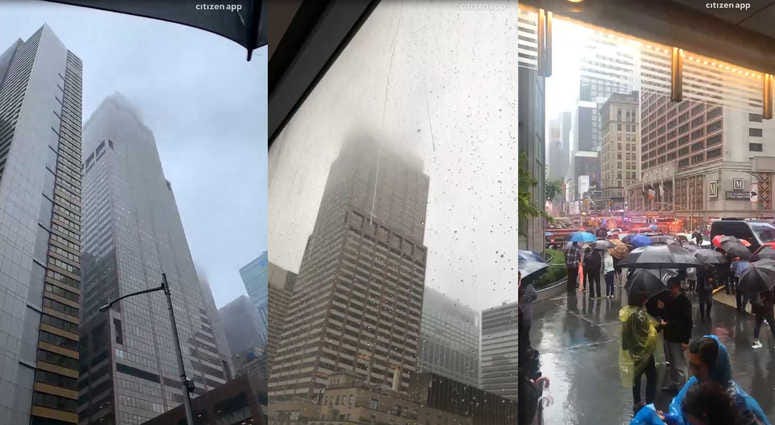 (1010 WINS) -- A helicopter crashed into a building in midtown Manhattan Monday afternoon, reportedly killing one person, the pilot.

The helicopter crashed into 787 Seventh Avenue.

Buildings in the area were evacuated.

787 7th ave, #midtown NYC. We’re 1 block south. 20 mins ago there was a loud sound like a too-low #helicopter & I looked up and saw sheet of flame on roof and then smoke. News reports saying helicopter/small plane crash onto roof which would be consistent with what I heard/saw. pic.twitter.com/swY3ksLskH

Apparently a helicopter crash landed at the roof of that building! One block from our office! Tons of fire trucks below. pic.twitter.com/XfCZ3KPk0m