DALLAS (105.3 The Fan) -- Saying he still has nothing but love for the Dallas Cowboys, former star wide receiver Dez Bryant is clearly impressed by his replacement on the team.

Talking publicly for the first time since his season-ending injury during his first week with the New Orleans Saints, Dez Bryant sat down with The Fan's "Ben & Skin Show" to talk about his future in the NFL, what he thinks of his former team, growing up, his new business venture and more.

"I watch all the games."

Even though Bryant has been critical on social media of the team's shortcomings, he is clearly impressed with what they've accomplished in the second half of the season and with his replacement Amari Cooper, who was acquired in a trade with the Oakland Raiders.

When asked about the Cowboys' red-zone issues, Bryant said they've fixed the problem by getting Cooper.

"(He's) probably the best thing they could've ever done," Bryant said of Cooper. "The dude is phenomenal. I don't know what Oakland was doing. Dallas' offense reminds me so much of Alabama. It's slowed down, his type of route tree. He's gonna be dominant." 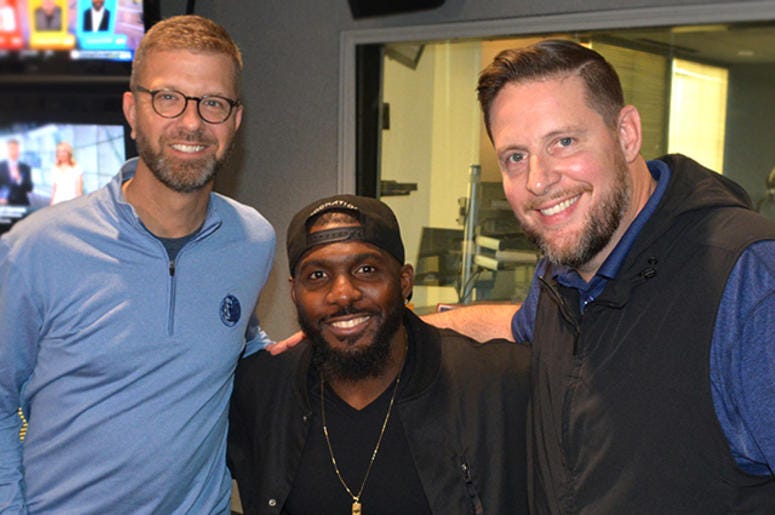 The talk turned to Bryant's career and how his rehab is going from a torn Achilles tendon. Bryant, 30, said he plans to return to the NFL.