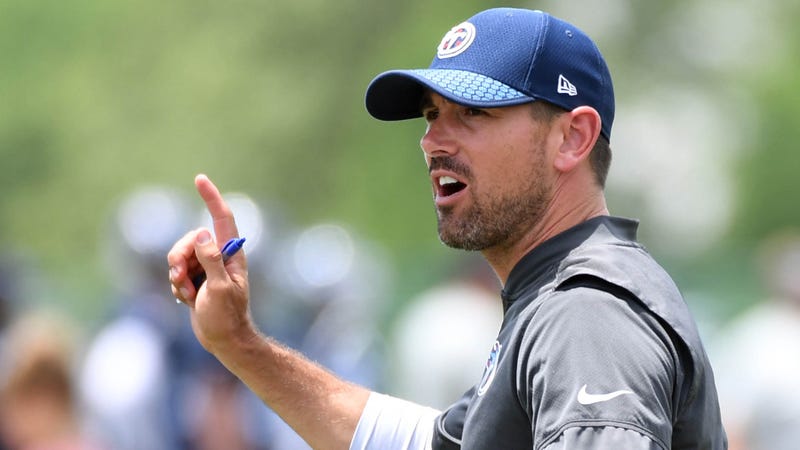 The two best candidates with the most experience -- and energy -- that the Packers spoke to this weekend were New England Patriots offensive coordinator Josh McDaniels and former Miami Dolphins head coach Adam Gase. Both have baggage.

McDaniels did an about-face and changed his mind when he was offered the head coaching job with the Indianapolis Colts last year. His agent, Bob LaMonte, was so furious he dropped McDaniels as a client. And 10 years ago, when McDaniels was too young to be the head coach of the Denver Broncos, he clashed with players and was fined $50,000 following an NFL investigation into the Broncos video director secretly taping a run-through practice of the San Francisco 49ers before the two teams faced off in London.

It is possible McDaniels didn't really want the Packers job. He is waiting to take over the Patriots as head coach after Bill Belichick decides to step down.

Gase has a world of experience. He has worked with Nick Saban at Michigan State and LSU. At age 26, the Detroit Lions' Steve Mariucci hired Gase as a scout. In two years, he was promoted to quarterback coach. Gase later served as the wide receivers coach, the quarterbacks coach, and the offensive coordinator under John Fox when the Broncos went 13-3 as Peyton Manning shattered NFL records with 55 TDs and 5,477 yards passing. They would lose to the "Legion Of Boom" Seahawks defense in the Super Bowl by a final score of 43-8.

But Gase's tenure the past three years as the head coach of the Dolphins was nothing short of tumultuous. He had public arguments with owner Steve Ross about the direction of the team and decisions on the roster. Ross is a meddling owner. This past season, a week before they faced the Packers in Green Bay, Dolphins safety Reshad Jones walks out of a game against the Jets when he learned they would be rotating him in at his position with other players. Gase later shot back at reporters: "We're not going to do the same thing we've been doing the past two weeks that you guys have been bitching about. Right? So we've got to move some things around."

That's not the Packers' style. Packers CEO/President Mark Murphy and GM Brian Gutenkunst are as adamant about hiring quality candidates with people skills as their predecessors Bob Harlan and Ted Thompson were.

It was hard to see how McDaniels or the prickly Gase could live up to that standard.

LaFluer is the next best thing: a young, energetic head coach such as the Los Angeles Rams' Sean McVay or the 49ers' Kyle Shanahan.

LaFluer has worked with them both. And Gary Kubiak. Mike Shanahan. The Falcons' Dan Quinn. LaFluer was part of the coaching staff that led Falcons quarterback Matt Ryan to an NFL Most Valuable Player Award and coached young Jared Goff to become a dangerous quarterback for the Rams.

Now, LaFluer will not have the amount of NFL play-calling experience that Mike McCarthy had before he arrived in Green Bay (five years.) But he might have the ability to reach Aaron Rodgers and convince him that Green Bay needs to run a more balanced attack, between runs and passes, something LaFluer believes strongly in.

The Packers decided not to wait for any other coaches still working for teams in the playoffs, and instead have hired the closest thing they could find to McVay (even though he hasn't even won a playoff game yet).

LaFluer interviewed for the Tennessee Titans head coaching job a year ago and lost out to Mike Vrabel. LaFluer then left the Rams to become Vrabel's offensive coordinator for the opportunity to call plays.