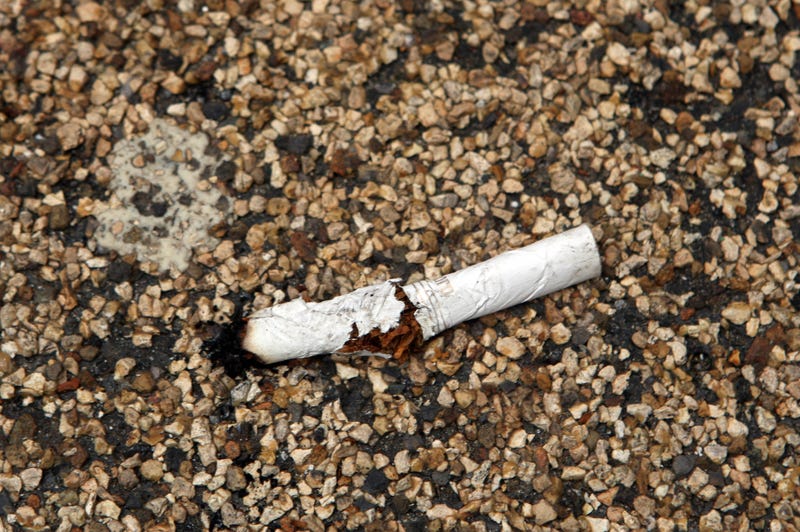 Smoking is a filthy habit and now there’s yet another reason to quit.

In recent years, there has been a concerted effort to curtail pollution by banning plastic bags and straws, but it turns out the biggest source of ocean trash is actually cigarette butts.

The Ocean Conservancy has recovered more than 60 million cigarette filters since they first began cleaning up beaches in 1986. That’s more than all the plastic wrappers, bottles, straws, utensils and containers combined.

While the nonprofit organization A Greener Future claims more than 4.5 trillion filters are discarded each year, which wind up in storm drains, streams and rivers.

Most cigarette filters are made with cellulose acetate, a plastic that can take up to a decade to decompose, reported NBC. And when they make their way into the ocean they not only release toxins but are often mistaken for food by sea animals.  Filter remains have been found inside 70 percent of seabirds and 30 percent of sea turtles.

“It’s pretty clear there is no health benefit from filters. They are just a marketing tool. And they make it easier for people to smoke,” Thomas Novotny, a professor of public health at San Diego State University, said. “It’s also a major contaminant, with all that plastic waste. It seems like a no-brainer to me that we can’t continue to allow this.”

Surprisingly, research shows that despite anti-littering campaigns, many people just prefer to toss their cigarette butts onto the ground rather than dispose of them in an ashtray or in the garbage.

In one focus group, smokers said they found flicking their butts to be “a natural extension of the defiant/rebellious smoking ritual.”

But there is hope for change as advancements have led a San Diego startup called Greenbutts to develop an organic filter which can break down in soil or water.

In addition, the movement to ban filters has started to gain momentum.

“The idea to get rid of the useless part of this product is finally gaining traction in the public,” California Assemblyman Mark Stone said. “I hope that the Legislature soon follows the popular sentiment.”