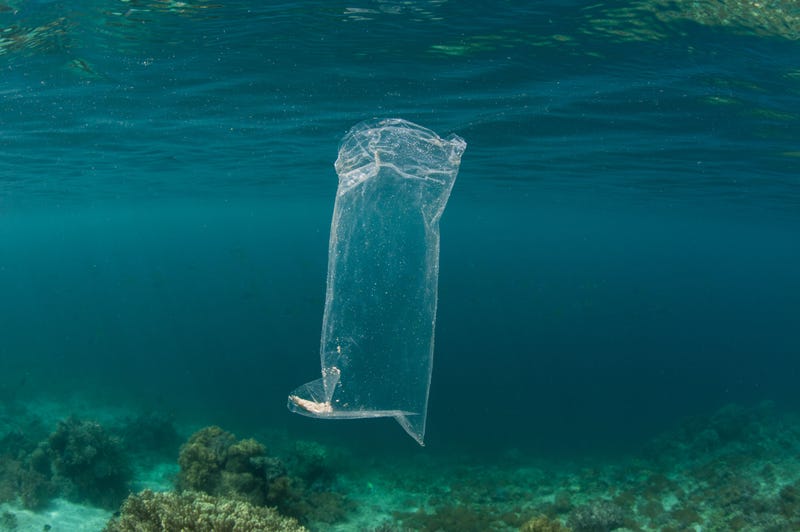 Turns out that when you travel to the ends of the Earth, there’s still trash.

Retired naval officer Victor Vescovo set a new diving record by descending 35,853 feet (10,928 meters) to the Pacific Oceans’ Challenger Deep in the Mariana Trench, what is considered the deepest place on the planet.

As he ventured further than any human had gone before, Vescovo found undiscovered species such as translucent “sea pigs,” shrimp-like anthropods and, most shockingly, plastic.

An American adventurer has beaten the 2012 record set by “Titanic” director James Cameron by plunging into the Pacific’s Mariana Trench, descending more than 35,800 feet.

“It was very disappointing to see obvious human contamination of the deepest point in the ocean,” the American explorer said.

It’s estimated that 8 million tons of plastic wind up in the ocean every year. Scientists have also found large traces of micro plastic in the guts of deep-dwelling ocean mammals.

While his discovery is alarming, Vescovo hopes it raises awareness and pressures legislators to enforce regulations on ocean dumping.

“It’s not a big garbage collection pool, even though it’s treated as such,” the 53-year-old said of the ocean.

Prior to Vescovo’s expedition, Avatar director James Cameron was the last human to travel to the Challenger Deep in 2012.

Vescovo’s journey aboard the submarine The Limiting Factor is being made into an upcoming documentary for the Discovery Channel.