They’re off the court — and ready for the catwalk.

We all remember the showstopping looks of this year's NFL Draft. Now, from flamboyant patterns to quirky colors, the 2019 NBA Draft class also had no shortage of style. After all, when your line of work requires you to make the same fashion choices most days, what better way to strut your stuff than to pull out all of the stops at an event like the Draft?

Here were some of the best 'fits from the night of picking. 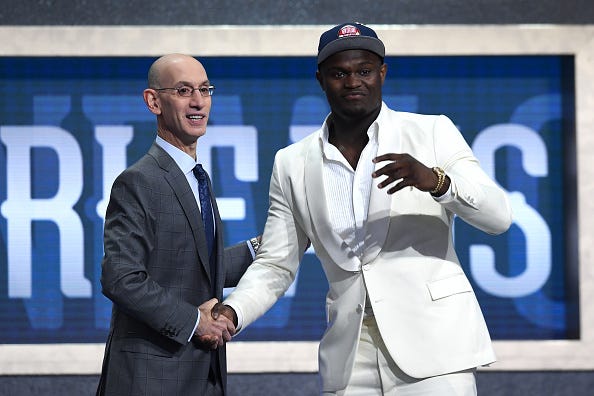 He was already the draft’s most recognizable face, but newly minted New Orleans Pelican Zion Williamson stood out among the NBA hopefuls in all white. It was a look reminiscent of LeBron James, who had the same look at the 2003 draft. 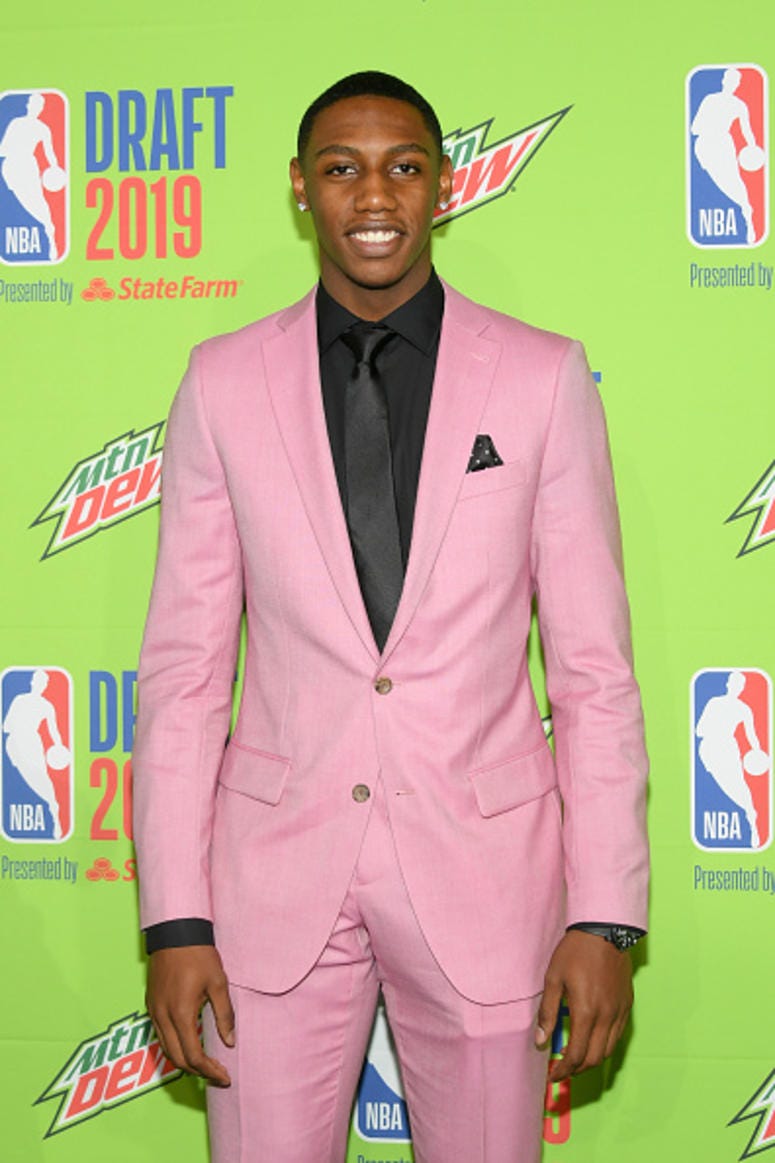 R.J. Barrett may wear the Knicks’ blue and orange come next season, but he opted for a pink suit lined with Canadian flags over a monochrome shirt.

Ja Morant has family photos on the inside of his suit, RJ Barrett is repping the Canadian flag 🇨🇦#NBADraft pic.twitter.com/5Ip0bFkiIF 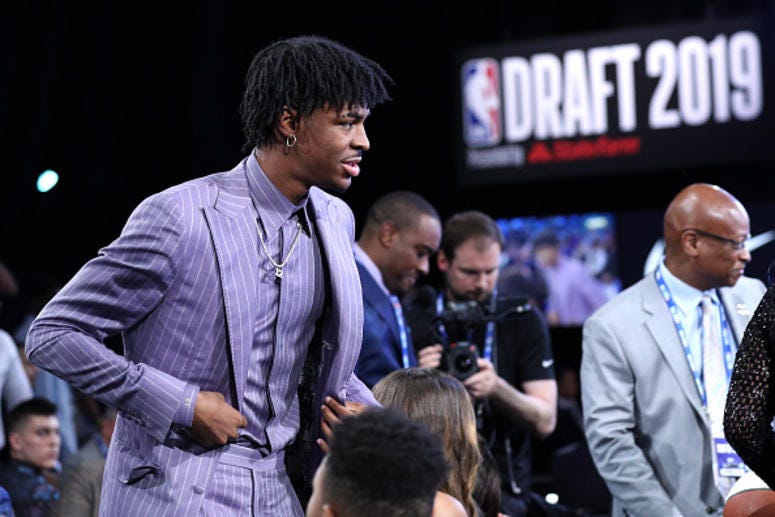 Barrett’s jacket was lined with Canadian flags, while fellow first-rounder Ja Morant lined his pinstriped purple suit with photos of his family. The chain accessories bring the look together. 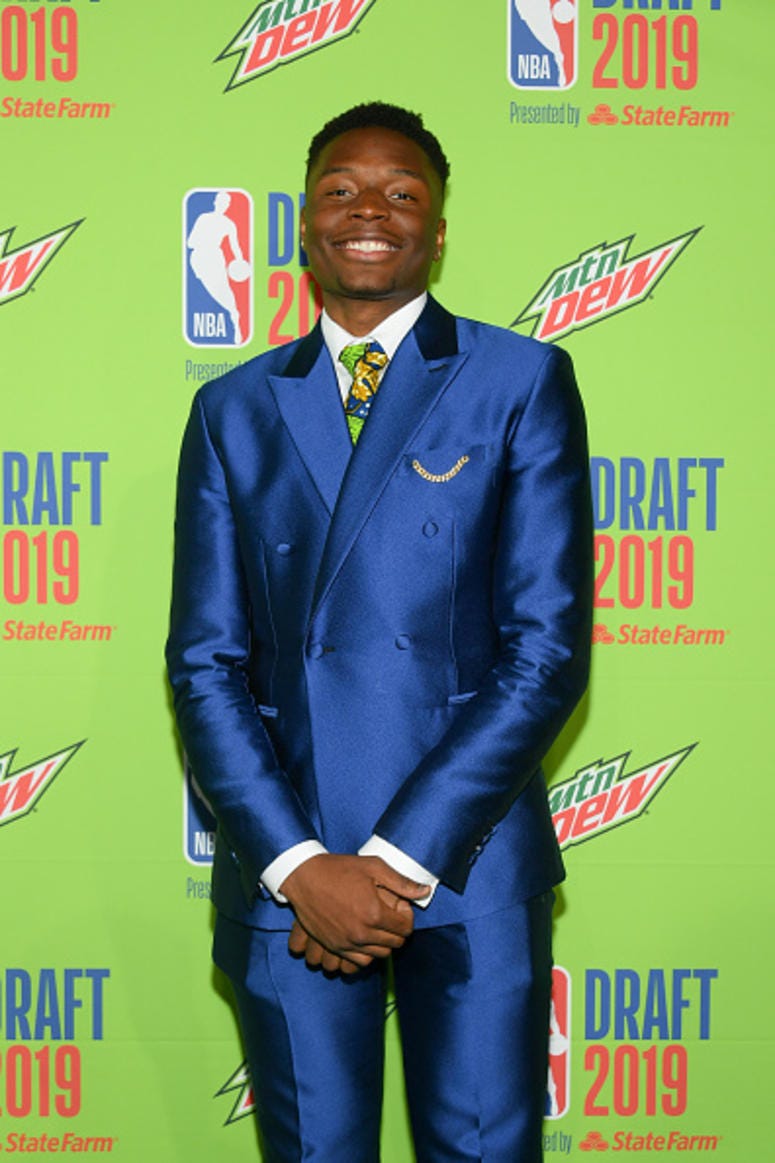 Drafted to the Brooklyn Nets is Mfiondu Kabengele, who showed up in a dazzling, cobalt blue suit complete with pocket chain detail. 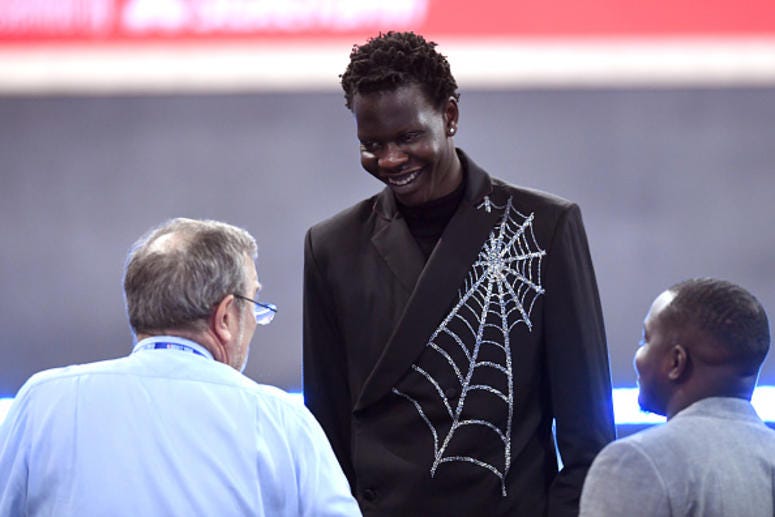 Perhaps the most daring fashion choice of the night went to Bol Bol, who sported a creepy, black blazer emblazoned with a giant spider’s web. At 7’2”, doesn't he stand out enough?

music
Vote on the 'Top 7 @ 7' songs with Rob + Holly
music
Machine Gun Kelly says he and YUNGBLUD are the new 'Elton John and Jimi Hendrix'
music
Video: Maluma sorprende a su mamá tras meses de separación
news
Woman slaps husband amid his anti-mask tirade on flight
news
Zeta becomes a hurricane, New Orleans in the cone
music
Ariana Grande says she 'would like to tell u as little as possible' about 'positions,' but reveals tracklist