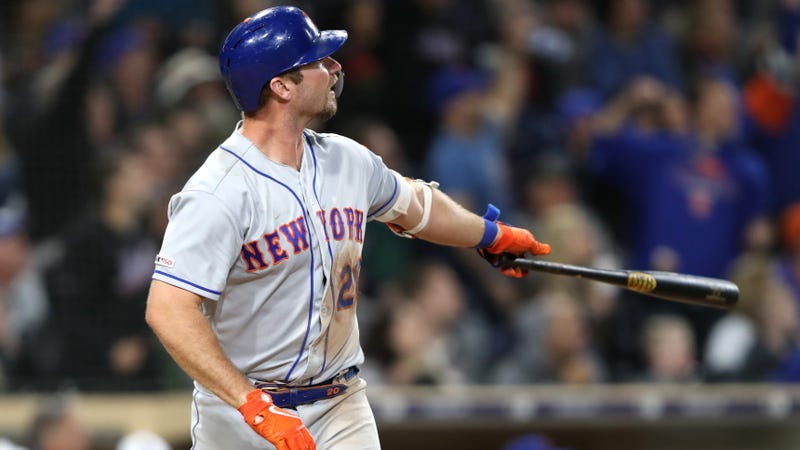 We are barely a quarter of the way into the 2019 MLB season, but there are already a handful of rookies who are making huge impacts for their teams and around the league.

These new, young faces in baseball could prove to be pivotal for their teams' playoff pushes this summer.

Here are some of the players who have made their presence felt:

The Mets first baseman was touted as a power hitter, hitting 36 dingers in the minors last year, and he has lived up to the hype. The 25-year-old was the NL Rookie of the Month in April, and blasted a monumental moonshot in the ninth inning against the San Diego Padres on Tuesday to lead the Mets to a 7-6 victory. He is hitting .284 with a .362 on-base percentage, 11 home runs and 31 RBIs through 36 games.

The hard-throwing 23-year-old, who started a bit of a rivalry with Alonso this week over getting snubbed for those NL Rookie of the Month honors, may be in the Cy Young Award conversation in addition to Rookie of the Year consideration. In seven starts, Paddack is 3-1 with a microscopic 1.55 ERA — best in the National League — and a 0.69 WHIP, which leads all major league pitchers. He has 46 strikeouts in 40.2 innings and most recently outdueled last year’s NL Cy Young Award winner, Jacob deGrom, in a 4-0 win over the Mets.

Chris Paddack's 11Ks from Last Night (in under 20 seconds). 🤠 pic.twitter.com/1Kb4cZCuHn

The Rays are 11 games over .500 and sitting in first place in the daunting American League East, and their 24-year-old rookie second baseman is a major reason why. Lowe, the AL Rookie of the Month in April, is hitting .311 with eight home runs and 22 RBIs through 32 games this year. He leads all American League rookies with 37 hits and 22 runs scored.

Brandon Lowe wins it for @RaysBaseball in the 9th! (via @FOXSportsFL) pic.twitter.com/01QHt10LzI

Sure, the Orioles may not be going anywhere this season, but they are worth watching when the 26-year-old Means takes the mound. The southpaw started the season in the bullpen, but has become a pleasant surprise shifting into a starting role, pitching to a 2.48 ERA — fifth-best in the AL — and a 1.01 WHIP. He does not throw hard, topping out around 92 mph, but has been able to keep hitters off balance by changing speeds.

How about this stat? John Means leads all Major League left-handers with 37 swings-and-misses on his changeup.

He's thrown at least 10 fewer innings than any of the next seven hurlers on the list, which includes David Price, Cole Hamels and Mike Minor. #Orioles

The 28-year-old first baseman was not even supposed to be a starter, but he has taken full advantage of an opportunity. With Jake Lamb on the IL due to a quad strain, Walker has emerged as a potent bat in the Diamondbacks lineup, hitting .296 with a .367 OBP, seven home runs, 16 RBI and is tied for the NL lead with 14 doubles.