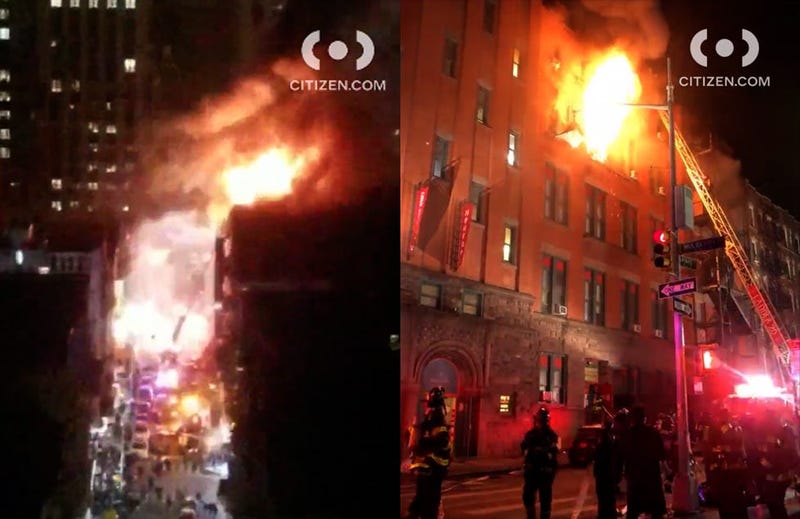 NEW YORK (1010 WINS) – The Museum of Chinese in America is assessing the damage done to its collection of artifacts and other items after a fire tore through a Chinatown building Thursday night—and the assessment is not good.

As many as 85,000 irreplaceable artifacts that document the history of Asian people in the United States were likely lost in the fire at a building on Mulberry Street that houses the items.

Among the artifacts lost: textiles, letters, traditional wedding dresses and passenger ship tickets curated by the museum. An 1883 document about the Chinese Exclusion Act was also believed destroyed, as were photos of Chinatown in the 20th century.

The fire at @mocanyc has likely destroyed thousands of irreplaceable historical and cultural items—a huge loss to Chinese-Americans AND the larger Asian-American and American communities. If you can, please consider donating to their restoration fund: https://t.co/Mmm6EWBptB https://t.co/YRiBwyRAzz

“One hundred percent of the museum’s collection” was stored at the building, the museum’s president, Nancy Yao Maasbach, told the New York Times. She said she was “distraught” by the toll of the blaze.

“It is the only — the single most important — repository of New York’s Chinese community,” writer Ava Chin told the Times. She said it’s “absolutely devastating for the community.”

Firefighters are battling a 3-alarm fire in a City-owned building in Chinatown, just across from Columbus Park.

The @FDNY is working hard to knock down the blaze on upper floors — please avoid the area as they work to bring it under control. https://t.co/wQmXFMH0Ih

It will be weeks before museum staff can reenter the building because it was made structurally unsound by the fire.

Firefighters were still battling pockets of flames late Friday night—more than 24 hours after the fire erupted. Ten people, nine of them firefighters, were hurt in the blaze.

In addition to storing items for the museum, the building also had a senior center, dance center and several community groups.