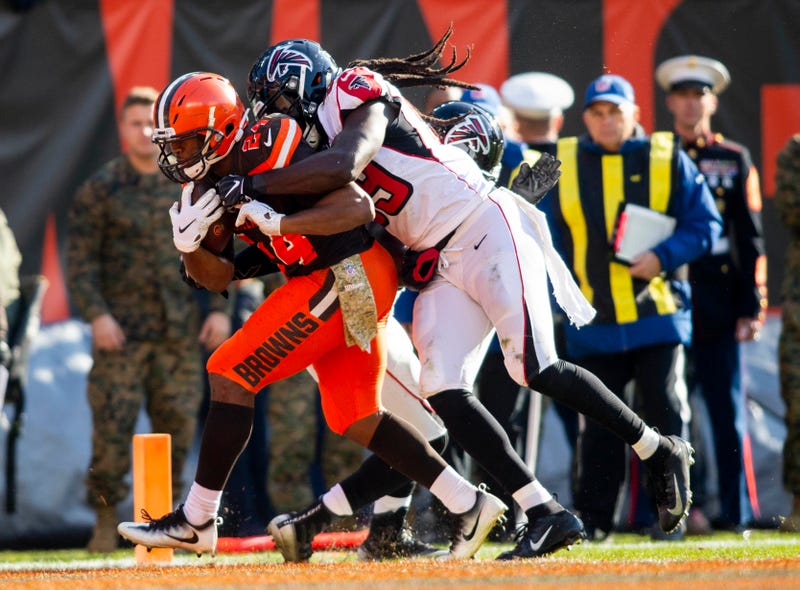 (The Game 92.9) -- Prior to Sunday's Week 10 action in Cleveland, the 2-6-1 Browns had lost four games in a row. The Atlanta Falcons were on a three-game winning streak and sat at 4-4. Cleveland took at four-point lead into halftime and exploded for 14 points in the third quarter, eventually beating the Falcons, 28-16.

For two teams trending in different directions, the outcome was a bit of an anomaly.

"We didn't come out with the energy we've been coming out with the past couple weeks, you know," Campbell told Archer. "And you know, I feel like it was one of those situations where, like as a team, we were just like, 'It's the Cleveland Browns and we didn't take them serious.'"

Archer asked Campbell if Cleveland had given the Atlanta defense any unscouted looks. Campbell said they had, but fell back to a response of preparedness.

"I think it was more of an energy thing," said Campbell. "You know, like we just ... we didn't come out and play today the way we've been playing the past couple weeks.

"As a defense, man, my message is just... We've got to really come out with some energy every single game like we can't afford to take any steps back. And today we took a huge step back."