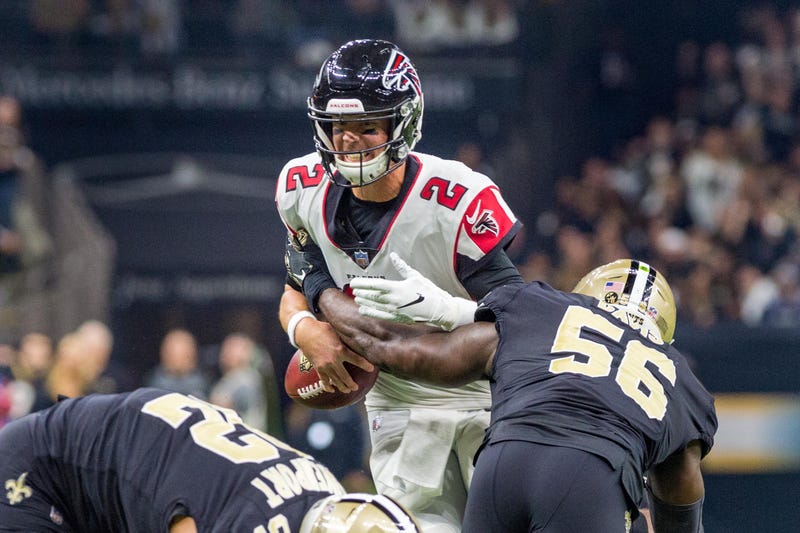 ATLANTA (92.9 The Game) -- After the nightmare of a Thanksgiving loss to the New Orleans Saints, the Atlanta Falcons have lost three games in a row and sit at 4-7 on the 2018 season.

Is it too early for a Bah, humbug? Maybe so.

There are five games left in the Falcons’ season. Five wins would put the team at 9-7. And with the current landscape of the NFC, nine wins could be enough to slide into the playoffs.

Now, let’s talk about how unrealistic five wins to finish the 2018 season sounds.

After averaging 28.5 points per game in their first 8 games, the Falcons are looking at 17.3 per game over their last 3 games. My point: This Falcons offense has to score more & should have vs. CLE, DAL & NO.

Here’s why the Falcons finishing the season with five wins isn’t quite as unrealistic a pigs flying.

There is only one team on Atlanta’s remaining schedule with a winning record. And the current combined record for the remaining foes on the Falcons’ schedule is 20-29-1.

While Atlanta’s Week 13 opponent, the Baltimore Ravens, owns the NFL’s top-ranked scoring defense, their other four opponents are in the bottom half of the league. Here’s to getting Matt Ryan, Julio Jones and Calvin Ridley going.

The remaining games of Week 12 could set up to go Atlanta’s way. Here’s how:

So, to recap, Atlanta fans who still believe in the impossible should root for Carolina, Green Bay and the Giants on Sunday … and also call me because I have some beachfront property in Arizona for sale.