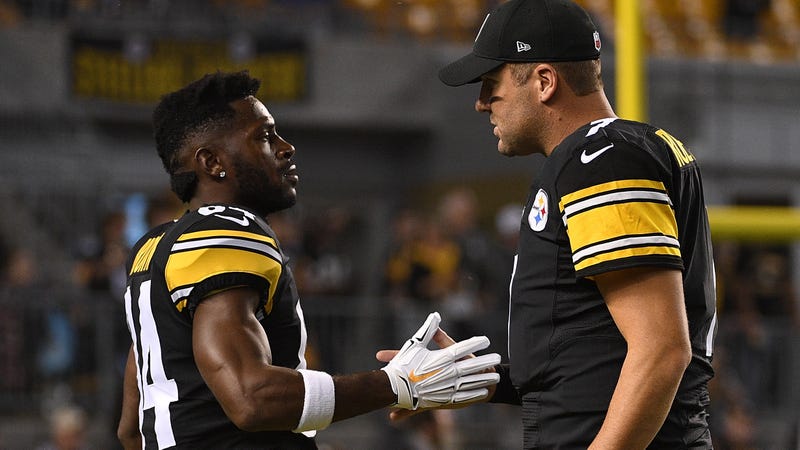 PITTSBURGH (93.7 The Fan) -- Pittsburgh Steelers wide receiver Antonio Brown said quarterback Ben Roethlisberger has an "owner mentality" and implied a lack of "mutual respect" between the two star players. Brown has requested a trade, leaving his future with the team in doubt.

Brown made the comment during an “#AskAB” session Saturday on Twitter, during which Brown said he would be “answering 10 questions real truth and real facts now” for his 1.35+ million followers.

One fan asked Brown, “What caused the conflict between you and Ben Roethlisberger?”

No conflict just a matter of respect! Mutual respect! He has a owner mentality like he can call out anybody including coaches. Players know but they can’t say anything about it otherwise they meal ticket gone. It’s a dirty game within a game. #truth https://t.co/MsSyBVd3Ny

Brown also called out Steelers head coach Mike Tomlin for the way he handled Brown during the final week of the regular season.

After the coach tell the team I quit while nursing some bumps then invite me to watch the show with same guys thinking I quit i can not stand with that! I’m the bad guy doe we miss post season think about it https://t.co/imrJ8jnnBc

It has been another busy news week for Brown.

Earlier this week, Brown posted to his social media accounts thanking Steelers fans and stating it was "time to move on and forward." Following his message, it was reported Brown will meet with owner Art Rooney II.