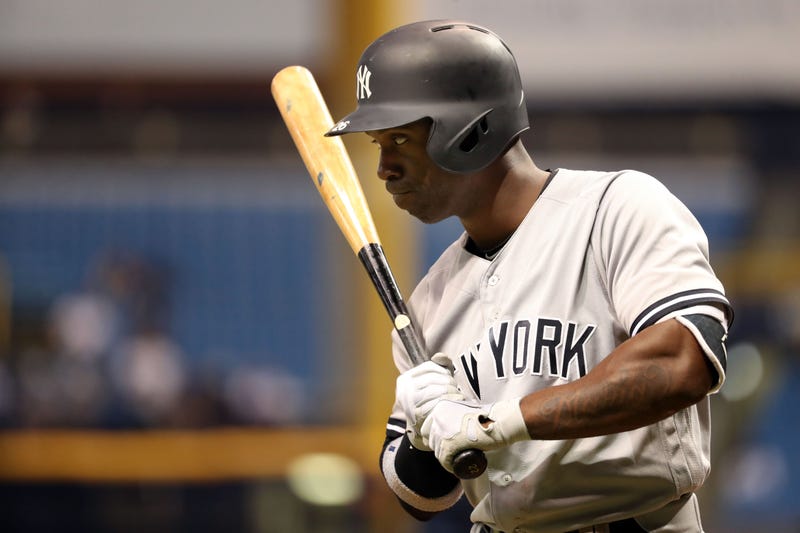 PHILADELPHIA (94 WIP) -- The Philadelphia Phillies have signed 32-year-old outfielder Andrew McCutchen to three-year deal worth $50 million, according to The Athletic.

The Andrew McCutchen deal is for three years -- plus a club option -- and $50 million, according to sources.

The Phillies may be shopping Sixto Sanchez, their best pitching prospect, in a potential follow-up trade.

Agreement with McCutchen opens up #Phillies to possibility of trading a younger OFer. Sixto Sanchez, the #Phils’ top pitching prospect, also has been involved in numerous trade discussions, sources say.

There is already some debate on whether this move means the Phillies are now out on star free-agent outfielder Bryce Harper. Howard Eskin speculated as much, but Phillies radio announcer Kevin Frandsen says that's not the case. USA Today reported the Phillies are still pursuing Harper.

This was a needed move and definitely still in on Harper! Can’t wait to build on a roster. If Harper signs then they’ve addressed a ton and not having to do panic moves

McCutchen, the longtime star of the Pittsburgh Pirates, hit .255/.357/.415 with 15 homers and 55 RBIs in 130 games last season with the San Francisco Giants and New York Yankees. Although McCutchen is on the downside of his career, he had a .421 on-base percentage in 30 games with the Yankees, and his veteran leadership will be huge for the young Phillies team.