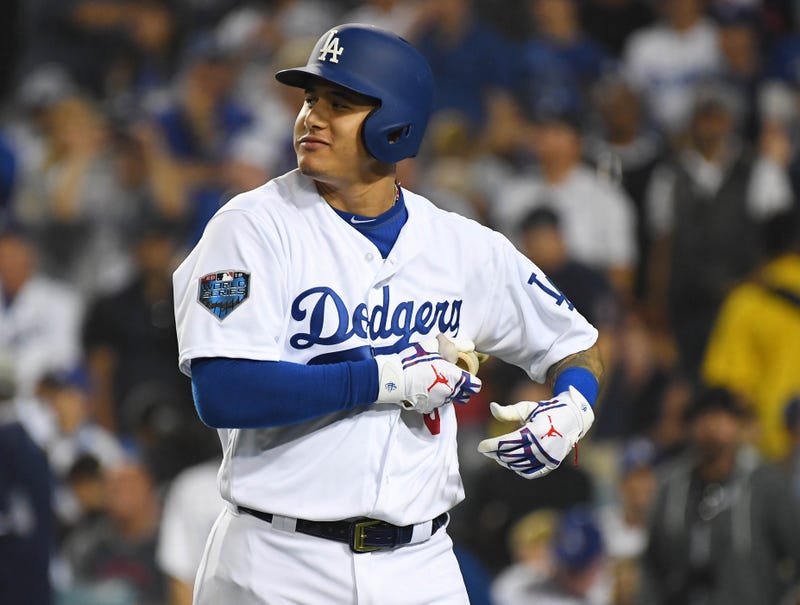 PHILADELPHIA (94 WIP) -- The first domino has fallen for the Philadelphia Phillies.

Here are some thoughts on the impending deal acquiring 28-year-old shortstop Jean Segura from the Seattle Mariners for J.P. Crawford and Carlos Santana and what’s next for the most important offseason in Phillies history.

The Bryce Harper and Manny Machado options remain open. Harper should still be the target, but reports suggesting the Phillies targeting Machado to play third next to Segura are instructive. Machado is a Hall of Fame-level third baseman, but an average defensive shortstop. If that’s the direction the Phillies go, it’s good to know they’ll be pursuing him and offering record money to play third base.

It has been suggested a Segura deal wouldn’t preclude Machado for Philly (theoretically, one could play SS, the other 3B) but Phils are thought likely to focus on one free agent mega star at a time and most believe their first focus will be on Bryce, not Manny.

GM Matt Klentak’s ability to hold on to top prospects in this trade allows for one more blockbuster this winter. If the Phillies signed, say, Harper and a veteran infielder such as Jed Lowrie, they could then package top prospects and a combination of Maikel Franco, Cesar Hernandez, Nick Williams, Odubel Herrera and Zack Elfin for a top-tier starting pitcher or another significant outfield bat.​

Segura is good, not great: The Phillies upgraded at shortstop, and paid fair value for a good player. Segura’s ability to not strike out (fourth-hardest in MLB to K in 2018) will bring a much-needed dimension to this lineup. His skill set could fit into the No. 3 spot (contact, batting average) in Gabe Kapler’s lineup.

But Segura does come with limited upside. When the 2019 season starts, he’ll be 29. Right now, we’re talking about an average (some would say slightly above average) defensive shortstop. Typically, shortstops lose range around this age. The key will be Segura sustaining his defense for the next few years.

Offensively, Segura hits (one of just 16 hitters with a .300 batting average over the last three seasons), but doesn’t provide extra-base or on-base value—two tenets of how the Phillies have talked about building a lineup. As long as Segura stays at his current level (.300-ish, good defense), the Phillies will have a plus shortstop. But when, not if, his skills wane, there’s not power or plate discipline to fall back on. 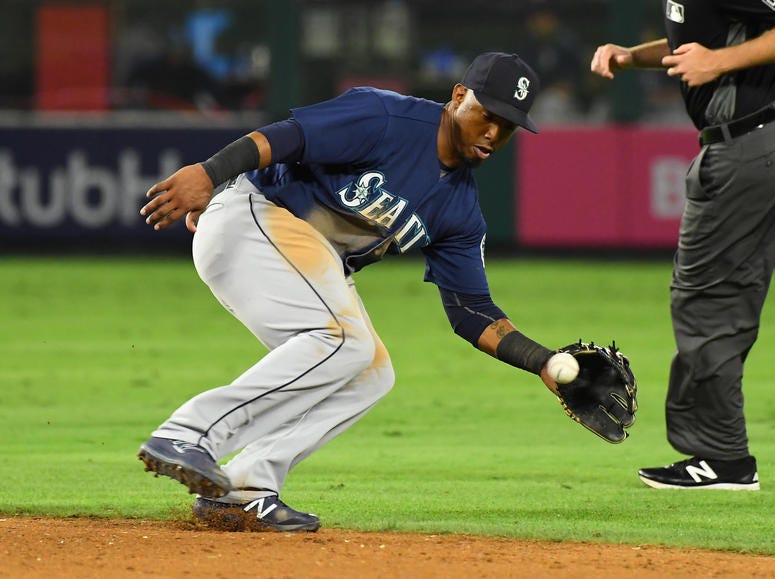 Santana’s ability to get on base and strike out at a low rate were valuable. He worked pitchers. In a better lineup, his ability would have been heightened. As the offseason progresses, the Phillies need to replace the good Santana provided. Lowrie is one name to consider.

The frustration in the fan base about Santana and his contract was always about everything around Santana more than it was the player. The Phillies got what they paid for. The problem is Klentak misevaluated Rhys Hoskins’ ability to play a passable left field. That, not Santana’s high-walk, low-batting-average profile was the issue. If Hoskins could have effectively transitioned to left field for three seasons, Santana likely wouldn’t have had to be moved. In a vacuum, it can be called a simple (yet expensive) one-year misjudgement.

The concern will grow if Klentak continues to misevaluate the skill sets of the players within his system. Hoskins couldn’t play left. Scott Kingery wasn’t ready to hit in the majors. Crawford, last year’s Opening Day shortstop, was given up on less than a year later. The young starting rotation, which Klentak vigorously praised in the face of questions about landing a veteran starter last July, wilted as their collective innings piled up.

Klentak is smart, looks to be shrewd in negotiations and has been decidedly patient. But the future of any organization lies in its ability to look in the mirror and know what it has, understand what it needs and what it doesn’t have and doesn’t need. The jury is still out on this general manager’s ability to do that.

A win-now mindset meant selling low on Crawford. From late April on, Crawford hit .253/.370/.484. Only 17 major leaguers hit that well. That list doesn’t include Segura. Injuries have held Crawford back, dropping the perception of his talent. If the Phillies were looking at contending through a longer-range prism, perhaps Crawford wouldn’t have been dealt.