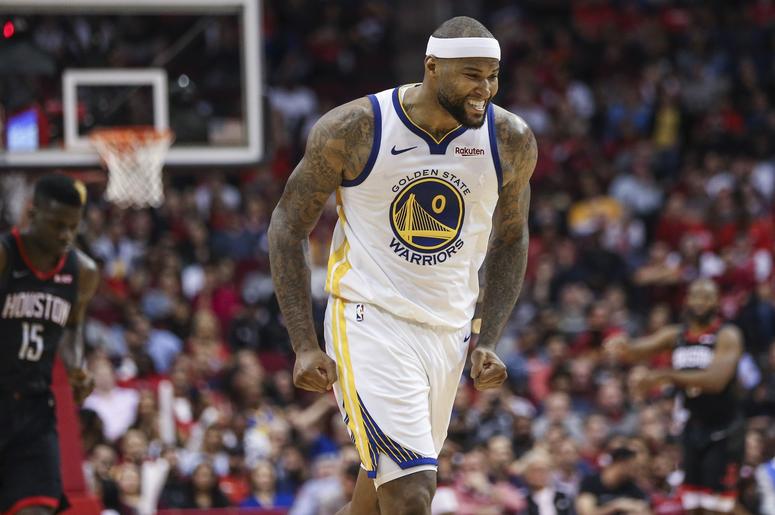 SAN FRANCISCO (95.7 The Game) -- Now that's how you start a four-game road trip. The Golden State Warriors held on to beat the Houston Rockets, 106-104, in Houston on Wednesday night.

Klay Thompson led the Warriors with 30 points and was 5-for-10 from 3-point range.

Thompson joined Stephen Curry as the only players in NBA history to record seven straight seasons with at least 200 3-point field goals made.

DeMarcus Cousins was right behind Thompson with a season-high 27 points. Cousins was a +7 in his best game yet with the Warriors.

DeMarcus Cousins on the support the Warriors have given him in recent days pic.twitter.com/aZCMfeqyeD

Curry finished with 24 points and he hit some clutch free throws down the stretch -- despite P.J. Tucker's attempts to get in his head -- to help the Warriors come away with the win.

Curry also was fed up with James Harden's flopping and let it be known.

The Warriors continue their road trip Saturday in Oklahoma City against the Thunder. Kevin Durant is still listed as day-to-day with his ankle injury.