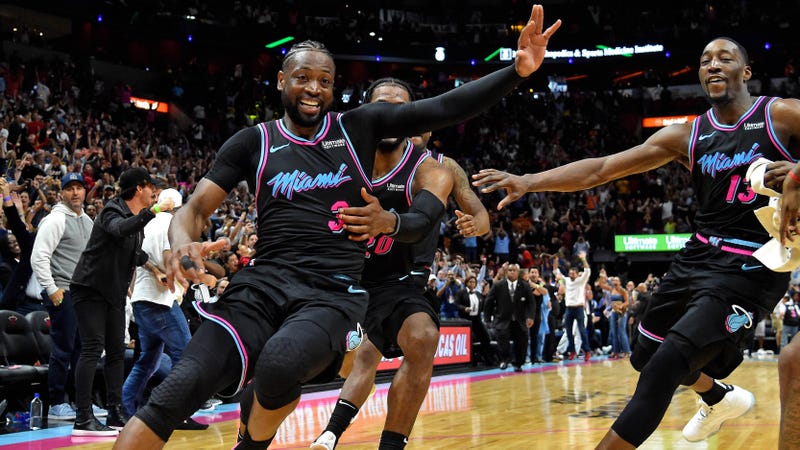 Wade banked in a lucky 3 at the buzzer to give the Miami Heat an improbable 126-125 win over the Warriors.

There's really nothing the Warriors could've done with that. Kevin Durant spoke after the game about Wade's career and his final game against him. The 37-year-old Wade, a three-time NBA champion and 13-time All-Star, has said he will retire following this season.

"I didn't even think about that: He just gamed us," Durant said. "Such an amazing player, amazing person, somebody that I've been watching since middle school. ... He's been such a staple here in Miami, it's something you respect as a player. He's going out like this, it's probably one of the best games I've seen from a guy who's retiring."

Even Stephen Curry had to smile.

The Warriors got off to a very slow start, which made some wonder whether they had the "Miami flu."

Klay Thompson had a great shooting night and led the Warriors with 36 points. Durant found his shot in the second half and finished with 29 points. Curry finished with 24 points but he struggled, especially early in the game. Draymond Green fouled out in the fourth quarter.