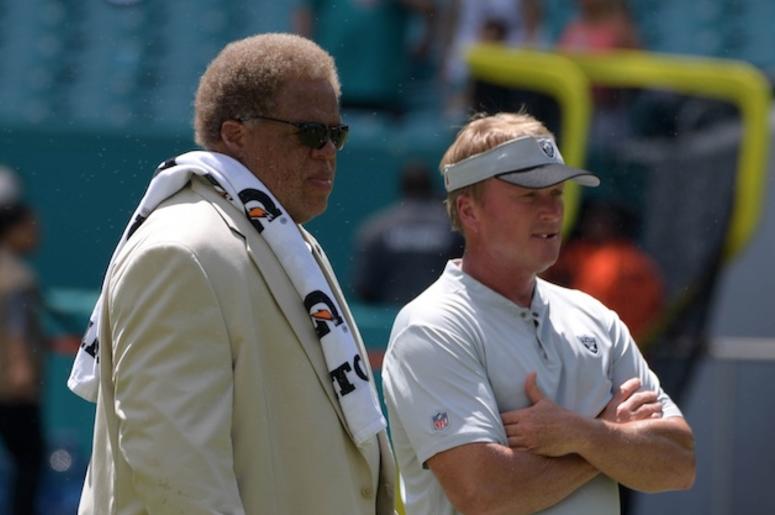 SAN FRANCISCO (95.7 The Game) -- The day after a gameday report suggesting that Oakland Raiders general manager Reggie McKenzie wouldn’t be back in 2019, the hammer has dropped.

The removal of McKenzie was a fait accompli from the day owner Mark Davis lured Gruden out of the Monday Night Football booth and back to the silver and black.