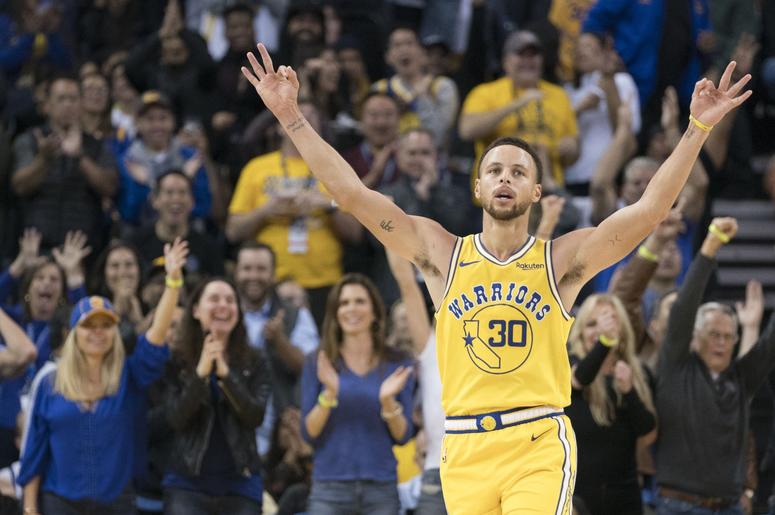 To write about Steph Curry belonging in the conversation for the Most Valuable Player award this past Monday night may have been a bit absurd.

After all, he lit up the lowly Phoenix Suns for 29 points in 30 minutes. Light work for the two-time MVP.

But after Wednesday night’s game against the Washington Wizards, whom the Golden State Warriors routed, 144-122, I think it’s appropriate to revisit that conversation.

Oh, and one shoulder shrug that reminded us all about Michael Jordan in the 1992 NBA Finals:

All Steph can do is 🤷‍♂️

This is where Steph’s greatness is. He does it with such efficiency, but not just once or twice, his entire game is centered around efficiency. pic.twitter.com/EcSXBvAUYH

A dejected Bradley Beal thinks there’s one way to slow down Curry 😂: pic.twitter.com/Q4YrGxQSMJ

Steph makes history. This places him 5th on the @NBA’s most 3-pointers made list.

Afterward, Curry discussed when he had an inkling that this could be a historic night.

Stephen Curry explains when he knew tonight could be a special night... and what his teammates were yelling at him as he brought ball up the court. 👀 #Warriors pic.twitter.com/9XA0oqeey2

But really, Curry was literally experimenting with trick shots against an NBA team. Don’t believe me?

What else can you do but laugh at this point 😅#PointGawd pic.twitter.com/BRkLced8Av

Boogie is all of us watching Steph 😎 pic.twitter.com/y2zvO5FYm5