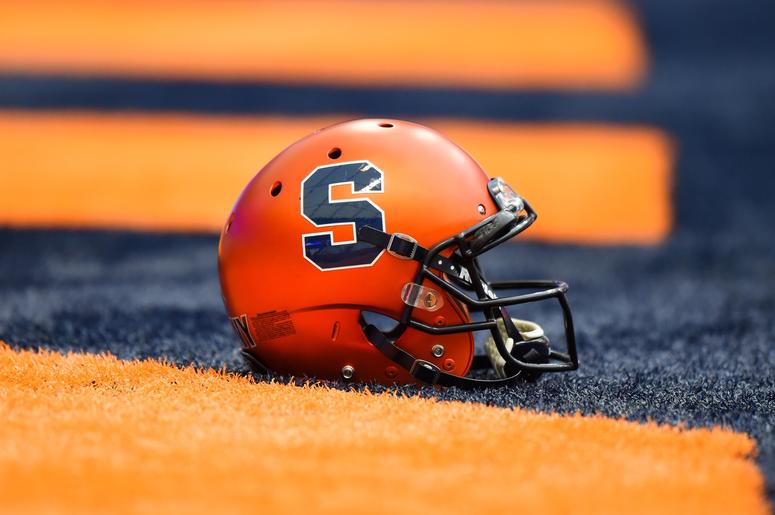 (AP via 97.1 The Ticket) Cooper Dawson from South Carolina brought a friend with him to his signing ceremony, Kingsley Feinman, who was born with cerebral palsy and is in a wheelchair.

Dawson, a defensive end from Hanahan High School, picked Syracuse over Clemson and UCF, and did so by first telling Feinman his choice and letting his friend make the announcement.

This is one of the greatest signing days you will ever see. Hanahan’s Cooper Dawson picks Syracuse- but does it by first telling close friend Kingsley Feinman. Kingsley announces the decision- Dawson adds that Kingsley taught him the only disability is a bad attitude. @ABCNews4 pic.twitter.com/3OGJzJmlXg

Video of the announcement was shared by Scott Eisberg, the sports director for WCIV in Charleston, S.C., and the tweet had more than 18,000 likes in four-plus hours.

Dawson told the crowd gathered at the high school that Feinman taught him the only disability was a bad attitude. Dawson missed his senior year with a leg injury, but said Feinman inspired him to keep a positive attitude.

Wednesday was the first day of the early college football signing period, when most teams lock up the bulk of their 2019 recruiting classes. The early signing period has replaced the traditional February signing period as the primary time for high school players to make their verbal commitments binding by inking national letters of intent.