In 2018, Glass Animals drummer Joe Seaward was seriously injured in a bike accident that fractured his skull and broke his leg. Two years later, he's miraculously recovered, and a new Glass Animals album was born.

While this story has a happy ending, frontman Dave Bayley certainly didn't know that at the beginning. 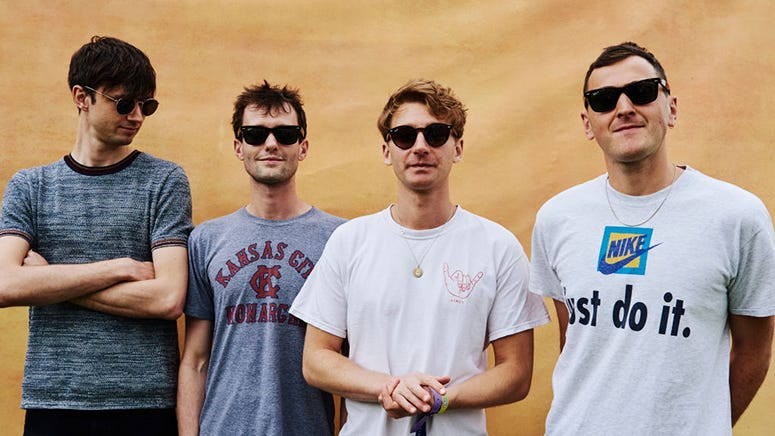 The time Bayley spent in the hospital with his friend and band mate gave him an opportunity to reflect on his own life, what he was grateful for, and what he may have taken for granted.

"I started digging around in memories, because that's kind of the one comfortable thing you have," Bayley explains. "Those memories feel fresh again when you're reliving them in this new light, new contexts. You're a bit older and you've experienced a bit more."

"That was when I kinda realized...yeah, I could make an album out all this stuff," he says.

DREAMLAND IS HERE! here i am manically holding it up like it’s simba feeling somewhere between extreme terror and superexcitement. it’s yours now, i hope you enjoy it 💜 love, dave x

That was the beginning of what became Dreamland, which is out today. The third studio effort from Glass Animals follows Bayley's life and memories, with recordings of actual home videos from his youth scattered throughout.

Fittingly, the title Dreamland comes from something one of Bayley's favorite teachers growing up -- "If you're listening, Mrs. Brooks, big love," he says -- would say to him.

"She used to always (snap her fingers and say) 'Dave, come back to life...you're in dreamland again. Focus,'" Bayley recalls. "I guess I just felt like I'd gone back into that space. I was spending a lot of time in dreamland because I wasn't really enjoying what was going on around me."

so excited to announce that the first live shows for this album are on general sale NOW. well...as of 9am this morning. but there are still some tickets left to some of the shows! a couple sold out now. cannot wait to play these ones in real life. space ghost is HEAVY live. tickets at glassanimals dot com. love. x