Garth Brooks has a new date for his virtual acoustic show.

Garth and wife Trisha Yearwood were originally scheduled to host the second round of Garth Request Live on July 7, an online acoustic show where the couple performs songs requested by fans. However, the show was postponed due to the fact that members of their teams may have been exposed to COVID-19.

The country superstar announced on Monday that Garth Request Live 2 will now take place Tuesday July 14. The couple shared the news on social media, accompanied by a photo of them donning fake mustaches, in honor of Garth's late friend and former tour production manager, Emmett Gilliam, known for his trademark handlebar mustache.

Garth is inviting fans in on the fun by requesting that they post photos of themselves wearing a mustache, along with their song requests.

The acoustic #GarthRequestLive2 show is ON for tomorrow! Post your song requests with the hashtag and sport a mustache in honor of Emmett!!! love, g

Garth and Trisha hosted their first live acoustic show in April that included covers of Little Big Town's "Girl Crush," "Landslide" by Fleetwood Mac, and "Shallow," from A Star Is Born. 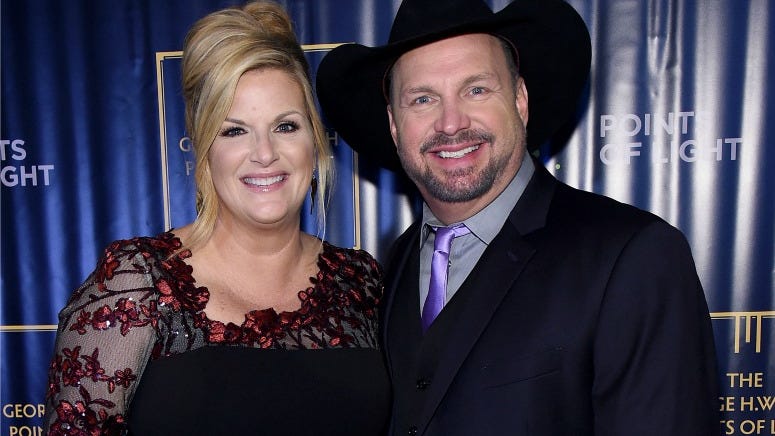 Garth Request Live 2 will stream on Garths's Facebook page on July 14 at 8PM ET. Garth's weekly show, Inside Studio G, has been postponed for two weeks so he and his team can quarantine.