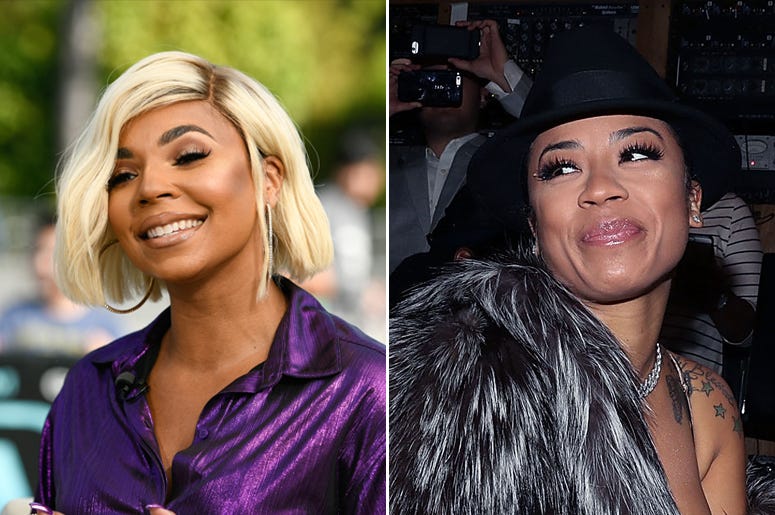 It was ladies' night for the first Verzuz battle of 2021.

After two delays due to COVID-19, the face-off between Keyshia Cole and Ashanti finally went down Thursday night with the two songstresses appearing from separate locations.

The artists were originally supposed to face-off in an in-person battle on December 12, but it was postponed after the "Foolish" singer tested positive for COVID-19. The second, scheduled for January 9, was also pushed back.

After over an hour-long wait, both women showed up fashionably in black outfits with straight hair and Cole wasted no time kicking things off with her 2004 hit "I Changed My Mind."

From the beginning, the ladies set a tone of empowerment as they showered each other with compliments and they maintained that energy throughout the whole event with both Ashanti and Cole hyping each other up and singing each others' records. They weren't the only ones who showed out for the special occasion, though. OT Genesis also made an appearance while Cole's "Love" played in the background.

At one point, over a million viewers were tuned in to the Verzuz battle, which followed the normal format of having the artists go hit-for-hit. And, in between some hits, the two R&B icons took a moment to reflect and share memories.

In regards to Ja Rule's "Ain't It Funny" featuring Jennifer Lopez and Cadillac Tah, which was co-written by Ashanti, she recalled how she almost signed to Diddy's label Bad Boy at the young age of 13 and spilled that Diddy later called her wondering if the song was about him, which she said it wasn't.

Cole shared a similar memory of how she was almost signed to Death Row Records at the age of 16, the same label as rap legend Tupac Shakur. As a tribute to the late rapper, she played her song "Playa Cardz Right" which featured Shakur and shared how it was a full-circle moment for her that she got to do a posthumous song with him. Ashanti followed it up with a tribute of her own, playing "Pac's Life," a record she was featured on Shakur's final posthumous album.

Ashanti also brought awareness to domestic violence and reflected on receiving letters from fans for the song and music video for "Rain On Me." The video, which co-starred Power actor Larenz Tate depicted an abusive relationship where the woman was able to finally leave, which inspired fans in similar situations to do the same.

To wrap things up, both singers played their new singles. First up was Cole's "I Don't Wanna Be" followed by Ashanti's "235," which is available on streaming services now.

Round 1
Keyshia Cole "I Changed My Mind"
Ashanti "Happy"

Round 8
Keyshia Cole "Love"
Ashanti "Rain On Me"

Round 12
Ashanti "Only U"
Keyshia Cole "Brand New"

Round 18
Ashanti "Breakup 2 Makeup"
Keyshia Cole "You Complete Me" -- Before introducing the song Cole explained that she didn't write this about a person as fans had assumed, but "as a message to God."