Take two for Lady Gaga, who redeemed herself on Monday after last Wednesday's frazzled phone call on The Tonight Show Starring Jimmy Fallon. The "Stupid Love" singer apologized to Jimmy Fallon about the odd exchange, explaining "we weren't quite ready and we appreciate you being so nice about it."

Now, with all her ducks in a row she was free to reveal more about her upcoming One World: Together at Home special, a two-hour event simulcast on ABC, CBS, and NBC that will be hosted by Fallon, Jimmy Kimmel and Stephen Colbert on April 18. 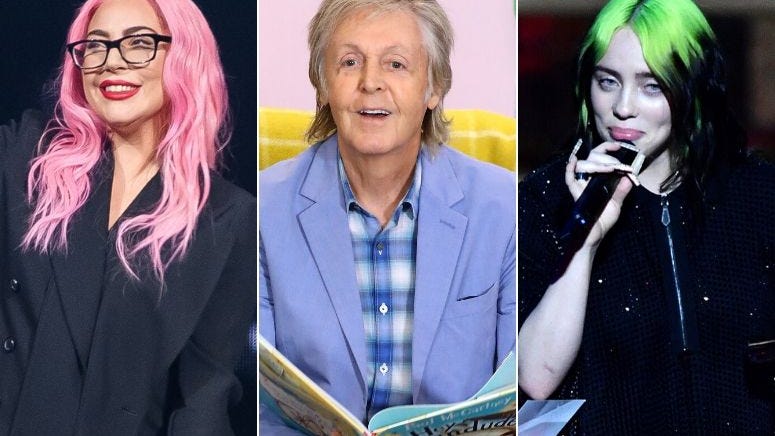 Artists Come Together for Massive ‘One World: Together At Home’ Television Special

The special is being touted as a "global broad entertainment special to celebrate the heroic efforts of community health workers and support the World Health Organization and the global fight to end COVID-19."

As for what inspired Gaga to create such a massive event, she told Fallon she wanted "to celebrate the courage of the human spirit" in the face of the COVID-19 pandemic.

"I want to highlight this global kind community that's coming together right now," Explained the 34-year-old singer.  "This is not just a historical moment in the history of humanity, but a cultural moment that's happening as well."

While the show itself is not a fundraiser, it has received $35 million in donations. She and Fallon also chatted with Apple CEO Tim Cook during the interview, in which he pledged an additional $10 million for the cause.

"We are so proud to be a part of this," explained Cook.