Despite having to push back the April 10 release of her album Chromatica to focus on the COVID-19 pandemic, Lady Gaga is letting fans know that she hasn't forgotten about her music career.

The "Stupid Love" singer officially unveiled the album artwork of her sixth studio album on Sunday and promised a 2020 release date.

The album shows Gaga, dressed in black leather armor and her signature impossibly high platform heels,  seemingly frozen in midair while delicately holding onto the symbol that represents Chromatica.

Not only that, she revealed the art of the vinyl copy of her album, which features a frosty white body and a pink center that also bears the Chromatica insignia.  Another version comes in the same white color, but with Gaga posing in the center in her pink "Kindness Punk" regalia.

The latter image will also be used for a cassette version.

So far, she has not announced the new release date for Chromatica.

On March 24, Mother Monster announced that she made "the incredibly tough decision to postpone the release" of her upcoming album. She said the reason for the delay was that "it just doesn't feel right to me to release this album with all that is going on during this global pandemic." 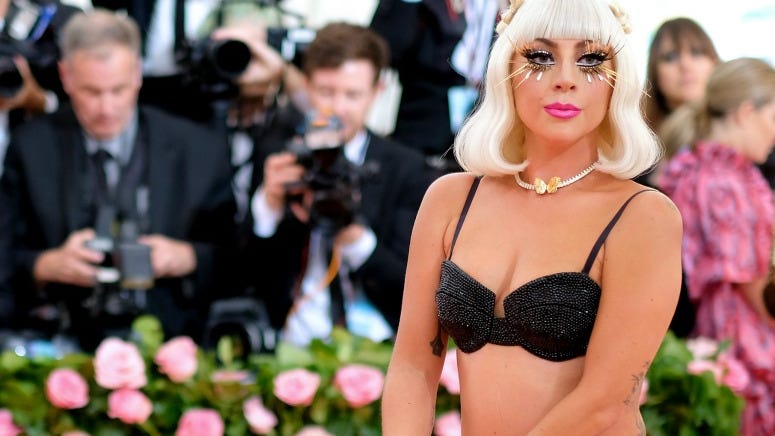 She will instead use the time to start "focusing on finding solutions" because "it's important to me that the attention is on getting essential medical equipment to healthcare professionals" along with making sure no child goes hungry or people struggle financially due to losing their jobs.

Gaga was originally set Wednesday to make a "big announcement" on  The Tonight Show Starring Jimmy Fallon, but the interview didn't go as planned as she was inundated with calls. She asked to push her big announcement to Monday, promising "It's for COVID-19."