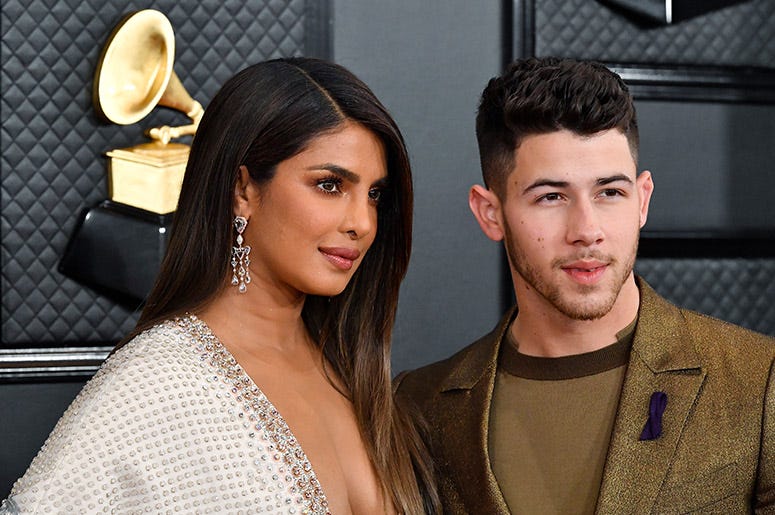 The two tied the knot December 1, 2018 in a Christian ceremony held in India, with Nick's dad officiating the ceremony. The next day, the two married in a traditional Hindu ceremony and then held several lavish receptions.

On Instagram, Nick posted two photos of their happy day: one of them standing at the altar, and one of them walking away arm and arm, as Nick kisses Priyanka's hand. He captioned the post, "Two years married to the most wonderful, inspiring and beautiful woman. Happy anniversary @priyankachopra I love you."

Priyanka posted a picture of the two walking hand in hand down a street in London, with the caption, "Happy 2 year anniversary to the love of my life. Always by my side. My strength. My weakness. My all. I love you @nickjonas."

It's been an exciting year for the Jonas Brothers. In addition to releasing several singles, including "What a Man Gotta Do" and their current holiday song "I Need You Christmas," Joe Jonas welcomed his first child -- a baby girl reportedly named Willa -- with wife Sophie Turner.