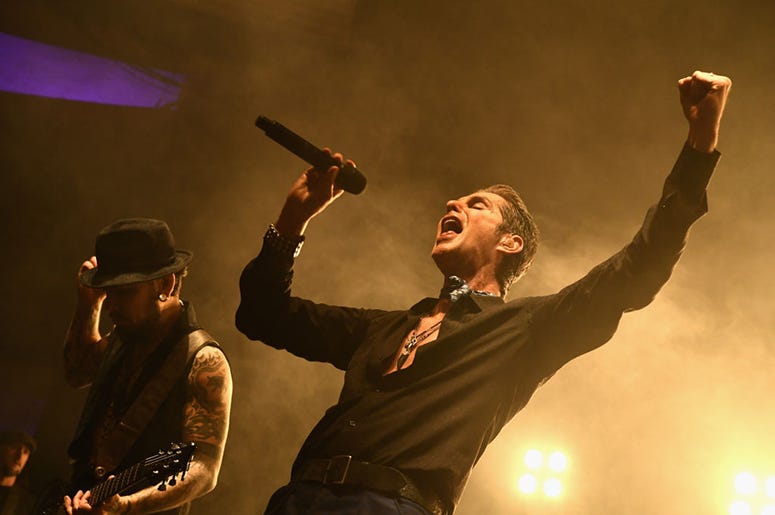 Perry Farrell went through quite the ordeal when he recently underwent neck surgery.

"I have crushed discs in my neck, mostly from partying and leaning back my head to rip out notes, and surfing and dancing around," Farrell explains. "They had to remove my voice box and put it on a table."

"That was daunting," he adds. "They literally exposed my skeleton, took the discs out and put in artificial discs."

"Now I am a quarter inch taller and twice as attractive to my wife," he says.

You can hear a whole lot of what Farrell's voice box has produced over the years in The Glitz; The Glamour, a new, career-spanning box set.