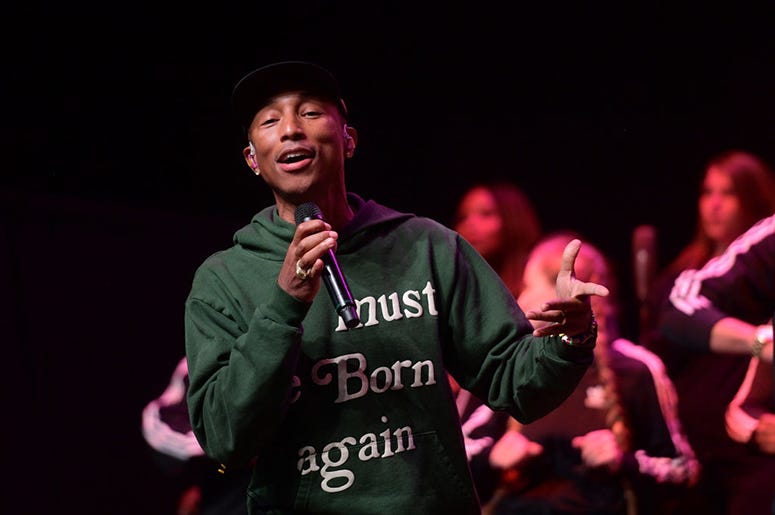 Pharrell Williams is throwing his hat into the beauty industry by coming out with his own line of skin-care products later this month.

The line, called Humanrace, will be released on November 25.

The "Happy" singer opened up to Allure about why he became invested in developing his own products and why his line stands out.

The 47-year-old admits he first developed an interest in skin care when he was in his mid-20s -- adding that he'd regularly ask runway models about their routine, what products they used and tips they might have for him.

The singer partnered with his longtime dermatologist Elena Jones to help him develop his own line, who he met in his 20s. Jones admits she was surprised by how seriously he took his skin's health when they first met.

"He wanted a routine to follow, and he’s dedicated to a skin-care regimen. He wanted explanations for everything," she reminisced, which was integral in developing Humanrace.

So far, they have developed three products: a cleanser, an exfoliant and a humidifying cream -- which are meant to be applied in that order.

In addition, Pharrell is making sure the packaging of his products are sustainably sourced and cut down on plastic waste.

Half of the plastic used in his signature green containers are made from post-consumer recycled plastic.  In addition, the bottles can be refilled because, inside, there's a removable inner chamber.