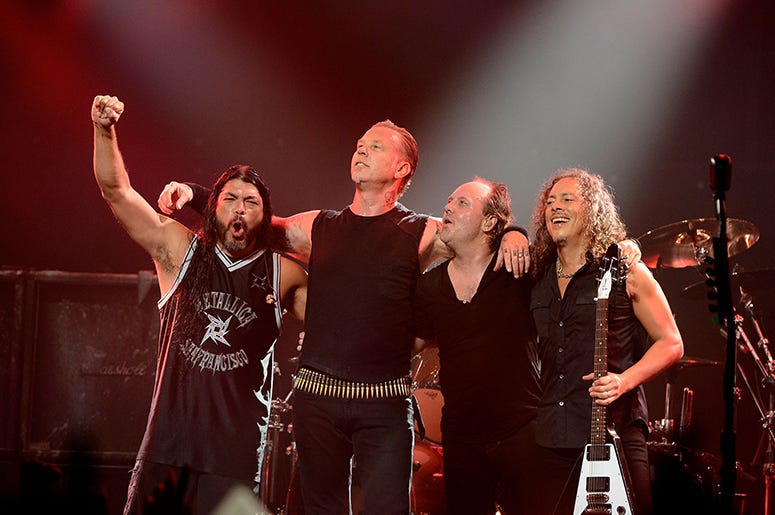 Just in time for the holidays, Metallica has the perfect gift for the metal fan in your life.

The band is now selling a new version of its Metallica Monopoly set, which was first released in 2011. This new World Tour edition is inspired by 2013, when the legendary group became the first band ever to perform on all seven continents.

We have collaborated with #Monopoly once again to bring you an all-new, second edition of this American classic!

During the game, you tour the globe and visit the group's favorite cities across the continents, buying cities, arenas and stadiums with your Metalli-bucks.

If you land on one of the "Carpe Diem" or "Shortest Straw" spaces, you'll either win drumsticks, guitar picks and snake pit passes, or be hit with stage repair and parking fees.

And instead of the standard Monopoly tokens, like the top hat, the shoe or the dog, you'll get to play with Lady Justice from ...And Justice for All, the Death Magnetic coffin, the Ride the Lightning electric chair, the Master of Puppets Cross, the Metal Up Your A** toilet, and the Scary Guy.