The Chainsmokers are taking their talents to the big screen: The DJ/producer duo created the score for the new film Words on Bathroom Walls, out now, and it's their first-ever foray into movie music.

The film -- based on the popular YA novel by Julia Walton﻿ -- stars Charlie Plummer as Adam, a high schooler diagnosed with schizophrenia. When he starts his senior year at a new school, he tries to keep his illness a secret, but that proves easier said than done when he falls for a fellow classmate, Maya, played by Taylor Russell.

Plummer tells ABC Audio that The Chainsmokers’ score really set the tone of the film.

“I think music is just always -- whether there's a tremendous amount or a lack altogether -- I think music is so important for the movie,” he says. “And I think with them, you know, they really set the tone and the energy and the pace of it.”

He adds that Alex Pall and Drew Taggart's passion for raising awareness of mental illness issues made their involvement in the film all the more special. 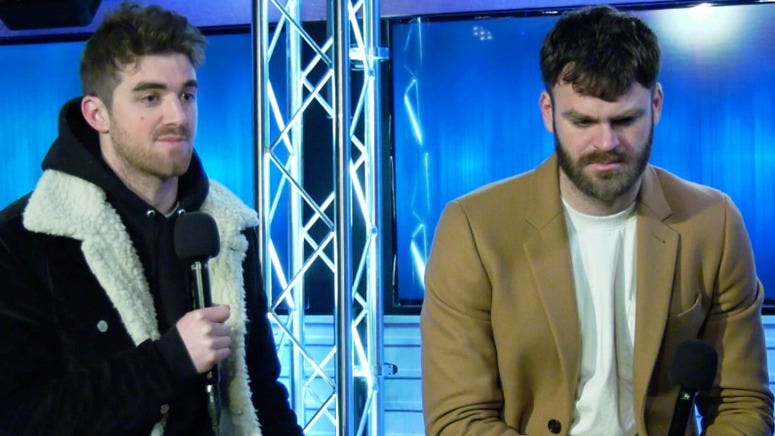 The Chainsmokers on the "Sick" Song They Wrote With Blink-182

“I also think it's just so great too because I know that those guys themselves are just so passionate about using their platforms to have these conversations and to encourage people to educate themselves and just encourage a different direction for the conversation, I think,” he says. "And so having them involved in any way with the movie was awesome.”

“But, of course, you know, they are hugely talented when it comes to music. So that also really helps,” he adds.