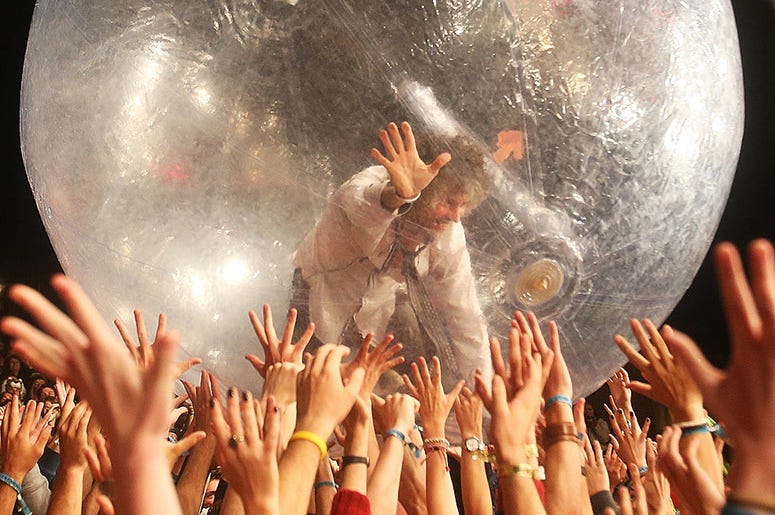 The Lips have announced "the world's first space bubble concert," an in-person live music event during which each attendee will enclosed in their own, personal bubble.

The concert takes place December 11 in the Lips' hometown at the Criterion venue in Oklahoma City. Visit CriterionOKC.com for all ticket info.

The Flaming Lips previously played a small-scale show at the Criterion last month to test out the bubble concept, but the upcoming concert in December is described as a "full-production live Lips extravaganza."

WATCH MORE: For the first time, the CDC says masks protect the wearer as well