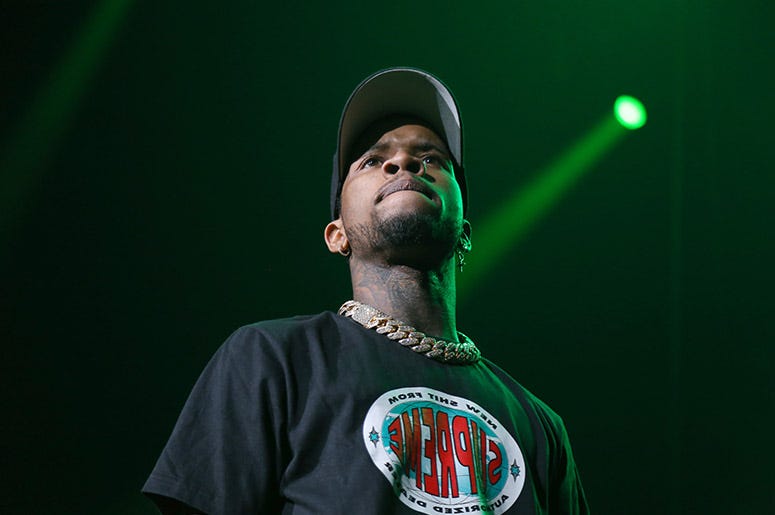 Rapper Tory Lanez entered a plea of not guilty in Los Angeles court on Wednesday to the Megan Thee Stallion shooting earlier this year.

A spokesman for the Los Angeles District Attorney's tweeted the plea and says the Canadian rapper, born Daystar Peterson, is due back in court on January 20, 2021.

Rap artist charged with assault of woman in Hollywood Hills pleaded not guilty today. He is due back in court on 1/20. https://t.co/J62gxvztm5 #LADAOffice

Tory Lanez was charged last month with "assaulting a female friend" in the Hollywood Hills on July 12th. Specifically, he was charged with one felony count each of assault with a semiautomatic firearm – personal use of a firearm – and carrying a loaded, unregistered firearm in a vehicle. He also faces a "gun allegation and that he personally inflicted great bodily injury."

Megan previously named Lanez as the person who shot her in both of her feet, and shared photos of her injures on Instagram after undergoing surgery to treat them. The "Savage" rapper said she was shot as she exited Tory's vehicle, accompanied by herself, her former friend, Kelsey, Lanez and his bodyguard.

After an argument ensued inside the vehicle, Megan claimed Lanez offered her and her friend money in return for their silence regarding the incident. "I'm thinking, 'I can't believe you even think I want to take some money. Like, you just shot me,'" Megan said in an interview with GQ magazine.

Lanez, who proclaimed his innocence on his latest album, DAYSTAR, faces a maximum prison sentence of 22 years and eight months, if convicted.