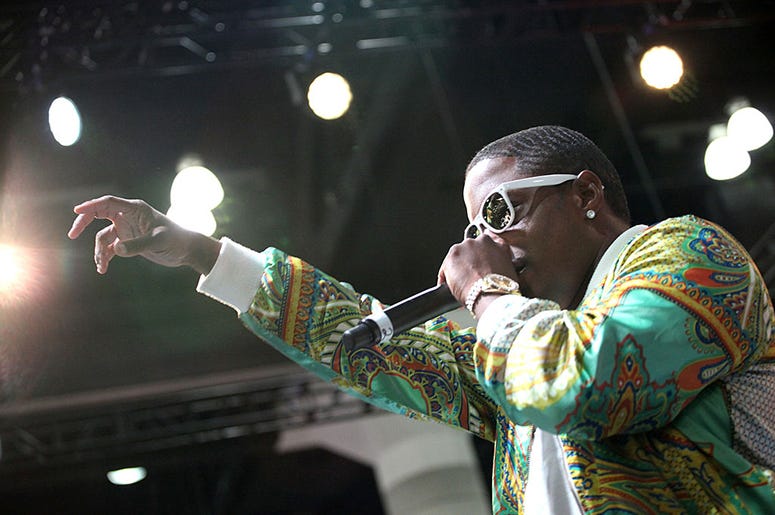 Former Bad Boy rapper Ma$e is officially headed back to the pulpit.

In a new Instagram post by The Gathering Oasis Church, the Atlanta house of worship announced they had tapped the Harlem World rapper as their new pastor.

A post shared by The Gathering Oasis Church (@thegochurch)

"Join us in welcoming our new leader, Pastor Mason Betha!," read the caption of the announcement that included Ma$e's photo and the message "Welcome the GO's New Leader."

Ma$e confirmed the news, reposting the image and adding his own personal message.

"THANK YOU," he wrote. "Also tag someone who is expecting something great from God and let them know that God has already started answering prayers in 2021."

"Tag someone looking a new church family and remember “ALL PEOPLE ARE WELCOMED” at @thegochurch," he added.

As you may recall, Ma$e announced in 1999 that he was retiring from the music industry to follow God. However, in 2004 he released his Welcome Back album, which was a brief return to music. He then attempted a second comeback in 2009 which was also short lived.

During his time in the ministry, Ma$e was the head pastor at El Elyon International Church in Atlanta before cutting ties with the church in 2014 after his divorce from wife Twyla Betha.

A post shared by The Gathering Oasis Church (@thegochurch)

On Wednesday, The Gathering Oasis Church announced a virtual meet-and-greet with Ma$e, which is scheduled for Saturday, January 9.