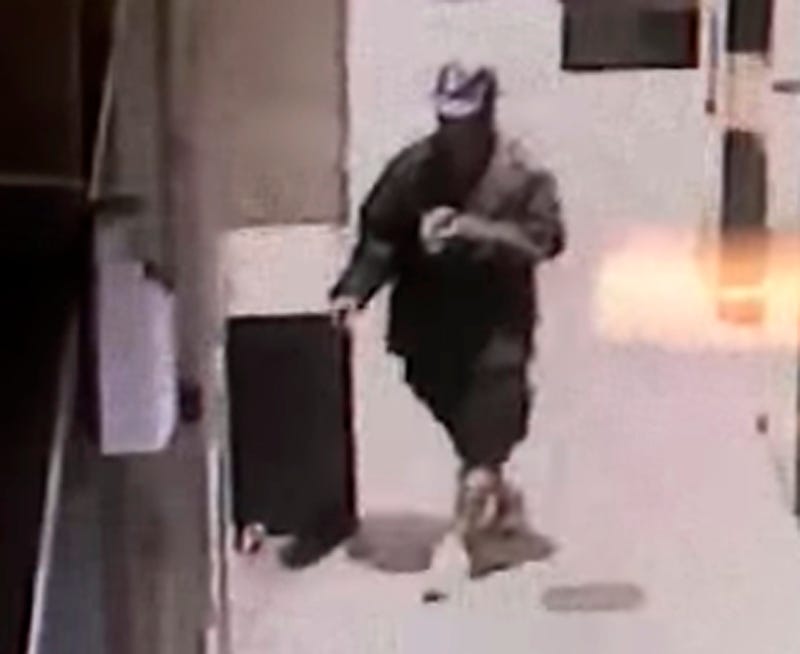 LOS ANGELES (AP) — A man arrested on suspicion of beating a Southern California homeless man into unconsciousness and suspected in six other beating attacks — three of them fatal — is also being investigated in the disappearances of two of the suspect's Texas relatives, officials said Tuesday.

Ramon Escobar, 47, is a person of interest in the disappearances late last month of 60-year-old Dina Escobar and her brother, 65-year-old Rogelio Escobar, Houston police said in a statement.

Dina Escobar's burned van was found in Galveston a few days after she went looking for her brother, who was missing. She was last seen Aug. 28, two days after her brother disappeared, the statement said.

Ramon Escobar is their nephew and police want to talk to him, police said.

Police from both cities planned to discuss the case at a press conference Tuesday afternoon.

Ramon Escobar was arrested after a homeless man was bludgeoned unconscious and some of his possessions taken as he sat or leaned against a pole or wall shortly before 7 a.m. The man was hospitalized in critical condition with head injuries, Santa Monica police Lt. Saul Rodriguez said.

Escobar was arrested about 30 minutes after the victim was discovered, Rodriguez said. It wasn't clear whether Escobar had an attorney.

Dina Escobar's daughter, Ligia Salamanca, said the family was surprised to learn that Ramon Escobar was in California.

"We wouldn't know why he would be out there," she told reporters in Houston.

Investigators believe Escobar was the man who used a baseball bat to bash the heads of three homeless men who were sleeping on downtown streets before dawn on Sept. 16, Los Angeles police said in a statement. Two died.

Police had said they believed the attacker also was homeless and wanted to rob the men. He was recorded on surveillance video ransacking their pockets and belongings.

"We have not 100 percent made the confirmation that this is indeed our suspect but it has not been ruled out," Rodriguez said. "We're hoping to link everything together."

Two homeless men sleeping on the beach were bludgeoned in the head during the early morning hours of Sept. 8 and Sept. 10, leaving one in critical condition, Rodriguez said.

Another man who apparently was sleeping on the beach was found dead under the Santa Monica Pier on Sept. 20. Steven Ray Cruze Jr., 39, of San Gabriel, had been beaten to death.

Authorities at first described him as homeless but family and friends said the father of two, who loved to fish at the pier, worked boats in neighboring Marina del Rey and sometimes camped out under the pier to avoid the long commute home.