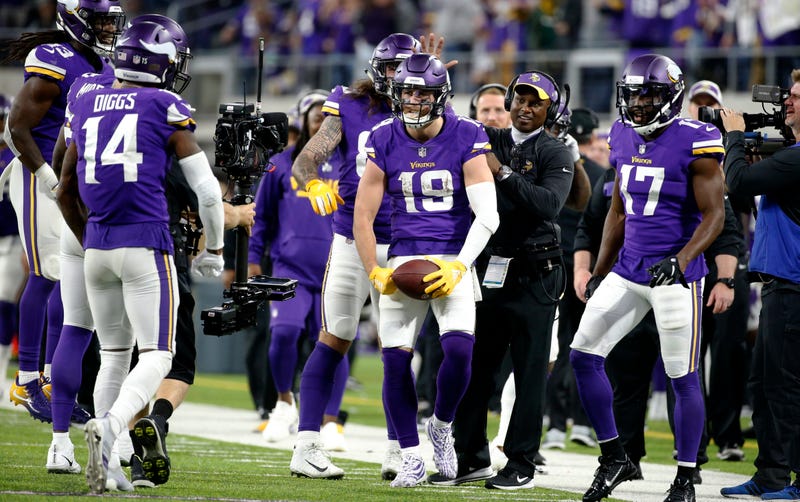 Photo credit Minnesota Vikings wide receiver Adam Thielen (19) celebrates after catching a 14-yard touchdown pass during the second half of the team's NFL football game against the Green Bay Packers, Sunday, Nov. 25, 2018, in Minneapolis. (AP Photo/Bruce Kluckhohn)
By The Associated Press
November 26, 2018 11/26/2018 4:36 am

MINNEAPOLIS (AP) — Kirk Cousins bounced back from his worst game for Minnesota with 342 passing yards and three touchdowns without a turnover, and the Vikings overcame some early gaffes to outlast the depleted Green Bay Packers for a 24-17 victory on Sunday night.

Completing 29 of his 38 attempts, Cousins found Dalvin Cook, Stefon Diggs and Adam Thielen for scores. Sheldon Richardson had two sacks to lead the defense's game-long stifling of Aaron Rodgers, and the Vikings (6-4-1) pushed the Packers (4-6-1) further back in the NFC wild card race.

Rodgers threw a touchdown pass to Davante Adams and Aaron Jones scored on a short run for a 14-7 lead early in the second quarter, but the Packers fell to 0-6 on the road and 1-5-1 against the Vikings in their last seven meetings.