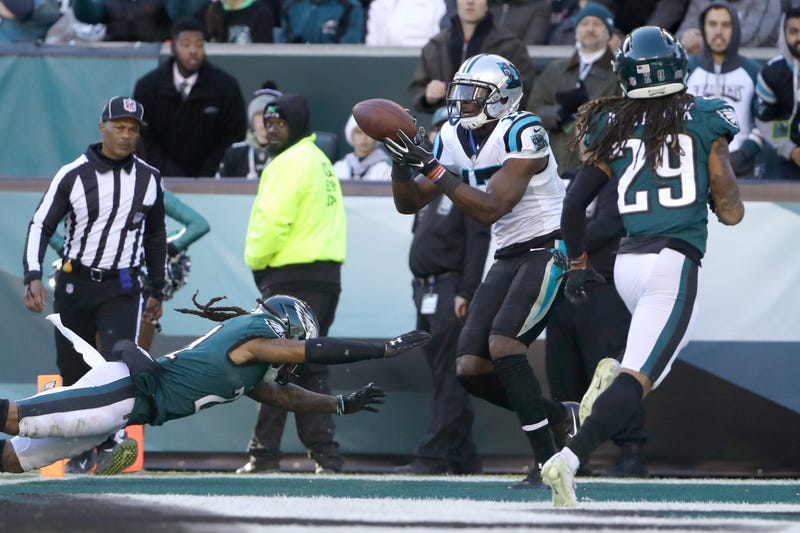 PHILADELPHIA (AP) — The Philadelphia Eagles have an identity crisis.

After winning the first Super Bowl in franchise history, coaches and players repeatedly stressed throughout the offseason and training camp this is a different team and a new year. They were no longer underdogs wearing dog masks. Winning titles was supposed to be their new norm.

Players even went to coach Doug Pederson before the season and asked that a Super Bowl champions sign be removed from the locker room. They knew opponents would be giving their best effort and they embraced having a target on their backs so much it became a logo on a T-shirt players wore.

But now after a 3-4 start, the Eagles are an afterthought in the NFC. The Rams are 7-0, the Saints are 5-1 and eight other teams also have better records. Pederson told the team in the locker room after blowing a 17-0 lead in a 21-17 loss to Carolina on Sunday that the pressure was off and everybody is counting them out again.

Sounds like they're trying to use underdog status as motivation again. So much for different team, new season.

"I think part of it can be that," Pederson said Monday when asked about turning to last year's motivation tactics. "I think it's an important part of kind of where we are, kind of the identity of the football team.

"The other thing is, when you win games, we're not talking about this stuff because winning cures everything, right? Well, we're not winning, so everything is exposed. Now we're going to sit here and scrutinize every little thing. ... We were actually making these plays a year ago. You know what I'm saying? So now we're going to sit here and scrutinize everything and point the finger and point the blame game, and do all of that, when quite frankly, yeah, we can go back and use that as fuel, as emotion.

"But it's a different team, different year. We're in this situation. We've kind of dug ourselves in a little bit of a hole."

The Eagles are right in the mix in the division behind the Redskins (4-2). The Cowboys are also 3-4. But winning the NFC East wasn't the goal. They want to repeat as Super Bowl champions. It's tough to do without a Nos. 1-2 seed in the playoffs. Twenty of the past 28 winners had a first-round bye. Only 12 teams have reached the Super Bowl as a Nos. 3-6 seed since the NFL instituted the current playoff format in 1990.

"The great thing about where we are is we still control our division," Pederson said. "A lot of things can happen. We got a break coming up after an important game this week, got a break. Hopefully we get some guys healthy second half of the season. We'll see where we're at."

The Eagles meet another struggling team in London this week when they play the Jacksonville Jaguars (3-4).

"We're going to find out what we're made of now going forward," quarterback Carson Wentz said. "We're at make-or-break time, almost. It's hard to say exactly what it's going to take. Again, we know what we can do, we do it here and there some weeks, but we just have to put it all together."