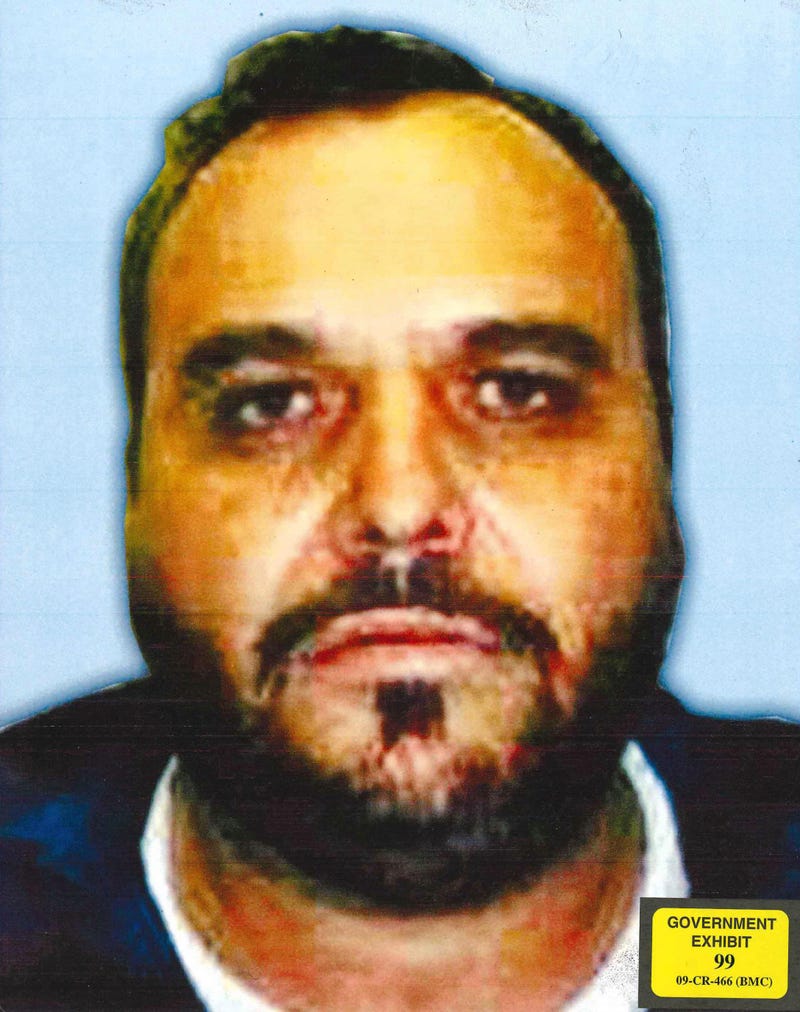 NEW YORK (AP) — Mexico's former top security chief and another law enforcement official who once worked under the country's new president-elect took millions of dollars in bribes from the notorious Sinaloa drug cartel in the mid-2000s, a witness testified Tuesday at the U.S. trial of kingpin Joaquin "El Chapo" Guzman.

Former cartel member Jesus Zambada made the allegations Tuesday while testifying about what he described as widespread corruption among authorities who were paid to keep their hands off the lucrative and violent drug operation.

During cross-examination, Zambada claimed he personally made at least $6 million in hidden payments to the former federal security chief, Genaro Garcia Luna, on behalf of his older brother, cartel boss Ismael "El Mayo" Zambada. The cash was delivered during two meetings at a restaurant in Mexico between the start of 2005 and the end of 2007, he said.

Cartel leaders had agreed that they would pool up to $50 million to buy the protection of Garcia Luna, Jesus Zambada added when being asked about previous statements first made after he was flipped by U.S. authorities.

The witness also said a separate bribe of "a few million dollars" was made in 2005 to Gabriel Regino, who worked in the administration of current President-elect Andres Manuel Lopez Obrador when he was mayor of Mexico City.

In a letter published in Mexican media, Garcia Luna responded, "I repeat that it is false, defamatory and perjury to say that I have ever received any material goods from any person, police officer or criminal group."

Regino, now a private lawyer and law professor, wrote on Twitter, "I categorically deny these accusations."

Jurors in federal court in Brooklyn also heard testimony on Tuesday from U.S. agents about how they intercepted cocaine-stashed jalapeno cans and more than $1 million in drug proceeds hidden in the paneling of a Ford Bronco used by Guzman's brother. The trial is off the rest of the week and is to resume Monday.

Guzman, perhaps best known for escaping from Mexican prisons, has pleaded not guilty to drug-trafficking charges. If convicted, he faces life in prison.

His lawyers, saying he was either in prison or in hiding when prosecutors allege he oversaw a cartel that sent tons of cocaine into the U.S., have sought to portray Ismael Zambada as the actual boss. The elder Zambada remains on the loose in Mexico, they claim, because of bribes that "go up to the very top," including hundreds of millions of dollars paid to the current and former presidents of Mexico.

U.S. District Judge Brian Cogan admonished the defense for making that claim, saying there was no evidence. He also turned back efforts by the defense to question Zambada about it.

Garcia Luna was once seen as a powerful ally in the American effort to thwart Mexican cartels from flooding the U.S. market with cocaine and other illegal drugs. But he had also previously come under suspicion of taking bribes.