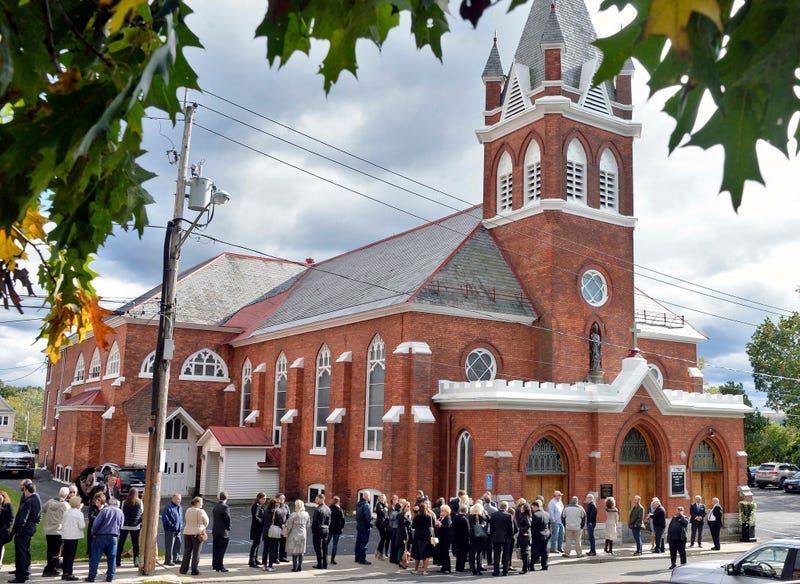 AMSTERDAM, N.Y. (AP) — An upstate New York community stricken with grief after a limousine crash that killed 20 people is saying goodbye Saturday to four sisters and four family members who were on the ill-fated birthday celebration trip.

The combined service is being held a week after the stretch limo loaded with 18 people ran a stop sign and crashed at the bottom of a long hill in nearby Schoharie. Everyone in the limousine died, as well as two pedestrians.

Four sisters who grew up in this town on the Mohawk River are among the dead.

Relatives say the group — most of them in their 30s — was celebrating the upcoming 30th birthday of the Amy Steenburg, with a trip to a brewery in Cooperstown.

The sudden loss of the group with deep ties to the region brought an outpouring of grief. A candlelight vigil along the river on Monday drew thousands of people, many who knew the sisters though work or school. Two of them still lived in Amsterdam.

The Dysons leave behind a toddler-age son and the Jacksons had two young girls. Amy and Axel were married in June.

While authorities continue to investigate the cause of the crash, prosecutors have charged the operator of the limo, Nauman Hussein, with criminally negligent homicide, saying he allowed an improperly licensed driver to operate an "unserviceable" vehicle.